The Extravagance of Music 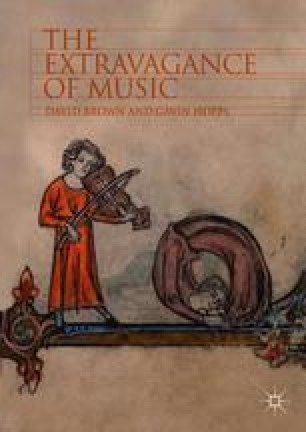 In order to create room for a positive reading of popular music and its ability to elicit religious experience, this chapter considers two influential accounts of music that disparage the art-form and occlude its significance. The first of these is by Sir Roger Scruton, who assigns a transcendent and epiphanic dimension to music, but consistently denies these possibilities to popular forms. As the discussion of his work reveals, this exclusion is largely a matter of prejudice and sheer assertion, which is based on a handful of unrepresentative examples and ignores a wealth of empirical data that testifies to the contrary. The second part of the chapter turns to a parallel neglect in the work of Jeremy Begbie, and highlights several problems with his prescriptive methodology—namely, the attempt to establish a checklist of ‘good’ and ‘bad’ aesthetic features in advance of interpretayion, without taking account of context or the role of reception; the essentializing deprecation of certain musical forms, such as light or ‘sentimental’ music, which ignores the positive religious purposes they may serve; and the narrow concentration on music’s illustrative function, which leaves aside its revelatory and affective potential.

Popular Music senseSense Burch Brown beautyBeauty worshipWorship
These keywords were added by machine and not by the authors. This process is experimental and the keywords may be updated as the learning algorithm improves.
This is a preview of subscription content, log in to check access.