Discourses of Vision in Nineteenth-Century Britain 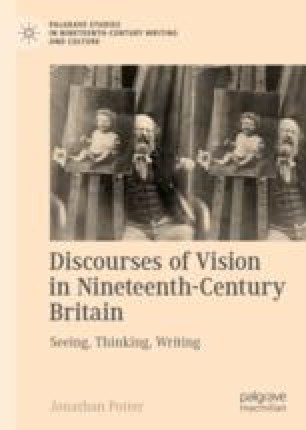 The Dissolving View and the Historical Imagination

The “dissolving view” was one of the nineteenth century’s most popular entertainments, succeeding the phantasmagoria as the pre-eminent magic lantern show. As with its predecessor, the dissolving view became a significant cultural figure, acting as metaphor for instability, ahistorical change, temporal repetition, and revolution. This chapter uncovers the role of the metaphorical dissolving view in historical representation, with a detailed discussion of paintings by J.M.W. Turner and Charles Dickens’ historical novel A Tale of Two Cities (1859), alongside texts by Thomas Carlyle, Edward Bulwer-Lytton, and others drawn from the periodical press.