Landscapes of the First World War 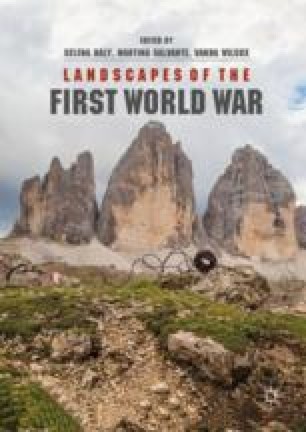 Scientists in Uniform: The German Military and the Investigation of the Ottoman Landscape

This chapter examines different forms of scholarly analysis of the Ottoman region by members of the German military. Additionally, it investigates the intention of this research, and carves out its particularity under the conditions of war in the German–Ottoman alliance. When looking at the functions of the military’s landscape-oriented research, three categories emerge. Firstly, there was research based on direct military needs, such as seeking water sources in the desert. Secondly, German authorities had their own national post-war economic interests in view; geological investigations assessing local natural resources were a significant component of their research. Meanwhile, the military also sponsored the implementation of research that did not pursue military or economic purposes, through the deployment of archaeologists and art historians in uniform. Scholars, who had previously struggled as civilians against restrictive Turkish authorities to conduct their work, were suddenly granted access to the Ottoman landscape once they donned a uniform.