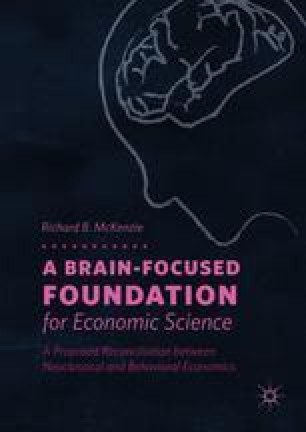 Disturbed by what he considered to be a lack of central focus to the work of practicing economists, Lionel Robbins dismissed a number of competing definitions for economics offered by economists for being flawed in one way or another, mainly in terms of their general applicability to all that economists do. He proposed that across economists’ various investigations, one concern was at the foundation of all economic inquiries, the inevitable conflict that emerges whenever the available resources could not satisfy all demands. He argued that in order for people to achieve maximum welfare, they had to choose and behave “purposively.” Along the way, Robbins excluded matters of valuations as outside the domain of economics, and put such matters within psychology, which he considered a lesser discipline. He also opined against laboratory experimentation, because laboratories were artificial environments, intentionally so, for developing economic generalizations.