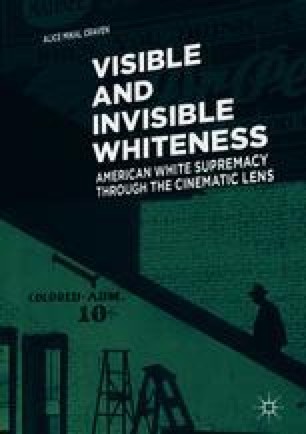 “The Colored Angle”: Contending Visions of Imitation of Life

A comparative analysis of the 1934 John M. Stahl film Imitation of Life and émigré director Douglas Sirk’s 1959 version allows for a more precise definition of how visible and invisible whiteness can be defined and represented in the cinema. The chapter argues that by looking at Stahl’s decisions concerning the generic structures he uses throughout the film, the visibility of whiteness that dominates in the first half of the film is rendered invisible by changing the guiding genre of the film from melodrama to romantic comedy halfway through the film. The chapter equally argues that Sirk’s focus on “the colored angle” allows for a different perspective on cinematic representations of white supremacy.