Lacan and the Posthuman 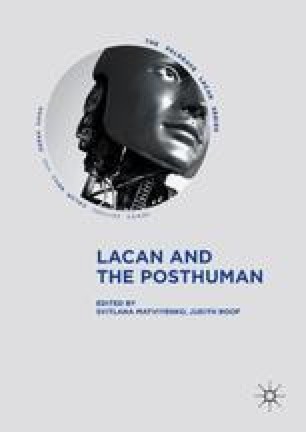 Merzbow and the Noise of Object-Oriented Perversion

Commenting on the role of psychoanalysis at the time of the posthuman, Véronique Voruz notes dryly that “posthumanism is a discourse that brings people together in a conversation where nobody knows what the other is saying, but everyone believes they understand each other to a sufficient degree for a conversation to take place”. “Posthumanism” is both symptom and signifier and thus organizes a social bond, at least between academics where the jouissance or pleasure of discourse compensates for the lack of meaning. This is both fortunate and ironic because one of the features of posthumanism is precisely the decline and even absence of traditional forms of social bond, that is to say those organized by signifiers. In this era of planetary-scale technology, the social bond is pre-eminently mediated by objects organized in information networks. The posthuman “internet of things” provides the paradigm of communication in which everything is “chipped” and rendered equivalent: humans, animals and machines. All are objects that relay readable data leaving open the question of whether there is another face to these objects that is unreadable, and whose register therefore in psychoanalytic terms would not be meaning but jouissance.

posthumanismPosthumanism Signifiersignifier Jouissance noiseNoise pornographyPornography
These keywords were added by machine and not by the authors. This process is experimental and the keywords may be updated as the learning algorithm improves.
This is a preview of subscription content, log in to check access.