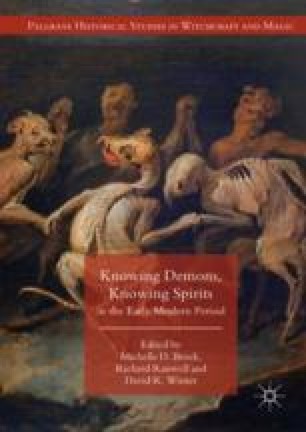 This chapter discusses early modern Scottish conceptions of angels and devils, and in particular, asks how the two categories of spirit were differentiated. Theologians and philosophers taught that angels and devils were outwardly alike, but in stories of apparitions, angels and devils were often distinguished by their appearance and behavior. This was a practical method of spiritual discernment, but it remained controversial. The theoretically sound method of discernment was to open oneself to the possession, and guidance, of the Holy Spirit. However, recognizing the workings of the Holy Spirit was itself an exercise in discernment. McGill demonstrates that in the end, early modern Scots had no sure method of knowing spirits. This reflects, more broadly, the difficulty of knowing one’s own soul within Calvinist culture.