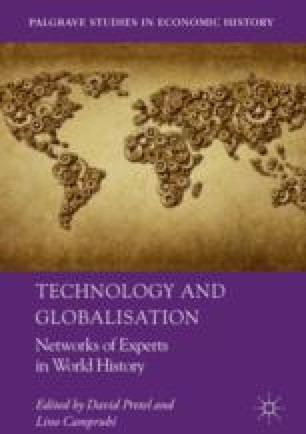 Engineers and Scientists as Commercial Agents of the Spanish Nuclear Programme

The unique nature of the technological, financial and managerial decisions of the civil uses of nuclear power granted a leading role to engineers and scientists employed by the state and private companies in the USA, West Germany and the UK. But in less-developed countries too, such as Spain, the nuclear programme was started and influenced by a small group of engineers and scientists who operated as agents of economic modernization in the decision-making framework of a dictatorship. Making use of new archival sources, this chapter identifies three of these actors: two Spanish industrial engineers and executive directors, Jaime MacVeigh and Manuel Gutiérrez-Cortines, and the German scientist Karl Wirtz as facilitator. These three players performed strategic roles in the Spanish nuclear programme.

Nuclear Program MacVeigh Cortin Atomic Energy Board UK Atomic Energy Authority (UKAEA)
These keywords were added by machine and not by the authors. This process is experimental and the keywords may be updated as the learning algorithm improves.

The original version of this chapter title was revised to Engineers and Scientists as Commercial Agents of the Spanish Nuclear Programme.

Acknowledgements: the Spanish Ministry of Economy and Competitiveness (project ref. HAR2014-53825-R) and the European Commission and Euratom research and training programme 2014–2018 (History of Nuclear Energy and Society (HoNESt), grant agreement N°662268) financed parts of the fieldwork required to compile sources for this chapter.