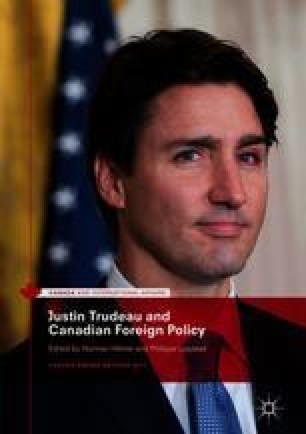 The Promise and Perils of Justin Trudeau’s Foreign Policy

Justin Trudeau’s brand of internationalism, which blends liberal idealism and interest-based realism, has worked well for Canada in the past and stands to do so in the future. He is well-positioned to advance Canada’s interests while rallying international action to address specific global challenges. However, two perils loom. The first is the danger of a rupture in relations with the United States, whose unpredictable president has denounced some of America’s closest partners and questioned the value of existing trade accords, including the North American Free Trade Agreement (NAFTA). The second is less visible, but related to the first: the urgent and complex demands of managing Canada-US relations could overshadow other important international priorities, which also require the attention of the prime minister and his cabinet. It remains to be seen if the Trudeau government will translate its ambitious foreign-policy vision into correspondingly ambitious action and results.

Trudeau Government North American Free Trade Agreement (NAFTA) Canadian Foreign Policy Islamic State Of Iraq And The Levant (ISIL) International Affairs Council
These keywords were added by machine and not by the authors. This process is experimental and the keywords may be updated as the learning algorithm improves.
This is a preview of subscription content, log in to check access.