Formal Approach to the Metaphysics of Perspectives 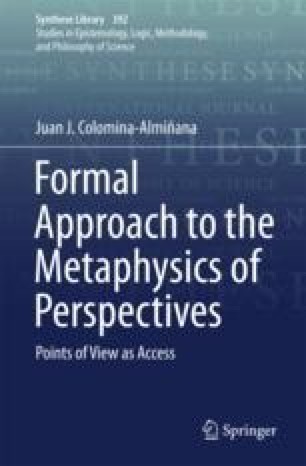 A Pluralist Notion of Truth for Metaphysical Points of View

Epistemic Point Verbal Dispute Metalinguistic Negotiations Neutral Vocabulary Meta-linguistic Level
These keywords were added by machine and not by the authors. This process is experimental and the keywords may be updated as the learning algorithm improves.

Cite this chapter as:
Colomina-Almiñana J.J. (2018) A Pluralist Notion of Truth for Metaphysical Points of View. In: Formal Approach to the Metaphysics of Perspectives. Synthese Library (Studies in Epistemology, Logic, Methodology, and Philosophy of Science), vol 392. Springer, Cham. https://doi.org/10.1007/978-3-319-73655-6_6