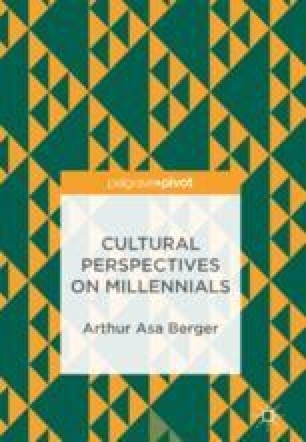 The chapter compares postmodernism to modernism and suggests that postmodernism represents a “widespread cultural mutation” that has shaped human relations and modern societies. This occurred in the United States around 1960. It discusses the theory of “intertextuality,” which asserts that all texts are based, to varying degrees, on texts that preceded them, which weakens the modernist emphasis on originality. It is suggested that there is a strong connection between postmodernity and consumerism and that postmodernism’s delegitimation of authority, rationality and “grand theories” has had an impact on the thinking and behavior of Millennials. The chapter discusses Fredric Jameson’s notion that postmodernism is really a new form of capitalism and then suggests that Millennials are the quintessential postmodern generation and Millennials are very different from their parents. The chapter offers a chart showing the differences between modernism and postmodernism in many different areas and discusses the fact that many Millennials were not raised with two parents, which may have had an impact on their psyches and behavior. The chapter then discusses the ideas found inJack Solomon’s The Signs of Our Times and in my mystery novel Mistake in Identity , both of which are relevant to our understanding of postmodernism’s impact on Millennials. It concludes with a discussion of the role smartphones play in the lives of Millennials.