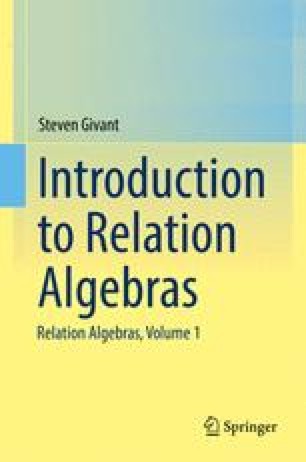 Two algebras with the same intrinsic structure are often identified in mathematics, even though the elements in the two algebras may in fact be different. The way of making this identification precise is via the notion of an isomorphism. More generally, two algebras may bear a structural resemblance to one another, even though they do not have exactly the same intrinsic structure. Homomorphisms provide a tool for establishing structural similarities. Because the notion of a homomorphism is more general than that of an isomorphism, we discuss it first. It is general algebraic in nature, and applies to arbitrary algebras, not just to relation algebras.