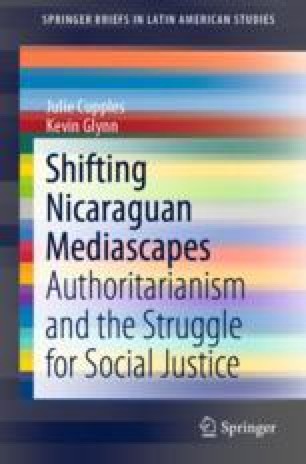 This chapter situates events in Nicaragua within a broader Latin American context and in relation to changes that have been actively producing a new media environment in the region. We consider both changes in the nature of social movements in Latin America after decades of neoliberalism and a shift to left-wing authoritarian populism, and the emergence of new media geographies associated with digitalization and media convergence. We show that the contemporary Latin American media environment is a highly contradictory, paradoxical and multidiscursive one in which a plurality of voices can find and forge new forms and spaces of expression.