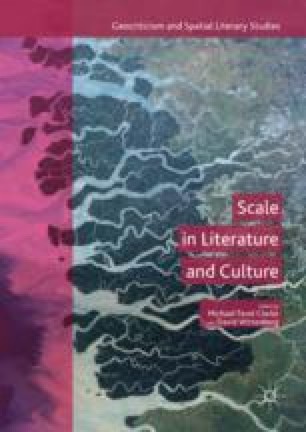 This chapter considers the significance of Olafur Eliasson’s art exhibition at the Fondation Louis Vuitton in Paris in 2014–15 for rethinking conventional ideas of scale. Latour argues that Eliasson’s machines challenge a view of scale as dimensions nestled within one another like Russian matryoshka dolls and instead promote a way of thinking about different scales in terms of connectivity rather than hierarchy. The hierarchical view of scale is consistent with zoom effects, which originated historically in a nationalist era, were popularized visually in the twentieth century by the film Powers of Ten, and are gradually being eroded in a globalized, Anthropocene age. Latour suggests that “good artists do not believe in zoom effects” despite their continuing importance in contemporary cultural forms such as Google maps.

Zoom Effect Olafur Eliasson Contemporary Cultural Forms connectivityConnectivity Common senseCommon Sense
These keywords were added by machine and not by the authors. This process is experimental and the keywords may be updated as the learning algorithm improves.

Note from the editors: This essay originally appeared in the exhibition catalog Olafur Eliasson: Contact, published by Fondation Louis Vuitton/Flammarion in 2014.