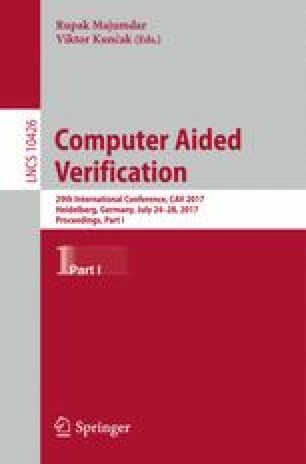 Probabilistic programming languages (PPLs) provide users a clean syntax for concisely representing probabilistic processes and easy access to sophisticated built-in inference algorithms. Unfortunately, writing a PPL program by hand can be difficult for non-experts, requiring extensive knowledge of statistics and deep insights into the data. To make the modeling process easier, we have created a tool that synthesizes PPL programs from relational datasets. Our synthesizer leverages the input data to generate a program sketch, then applies simulated annealing to complete the sketch. We introduce a data-guided approach to the program mutation stage of simulated annealing; this innovation allows our tool to scale to synthesizing complete probabilistic programs from scratch. We find that our synthesizer produces accurate programs from 10,000-row datasets in 21 s on average.

We thank Dawn Song and Rastislav Bodik for their thoughtful feedback. This work is supported in part by NSF Grants CCF–1139138, CCF–1337415, NSF ACI–1535191, and Graduate Research Fellowship DGE–1106400, a Microsoft Research PhD Fellowship, a grant from the U.S. Department of Energy, Office of Science, Office of Basic Energy Sciences Energy Frontier Research Centers program under Award Number FOA–0000619, and grants from DARPA FA8750–14–C–0011 and DARPA FA8750–16–2–0032, as well as gifts from Google, Intel, Mozilla, Nokia, and Qualcomm.

A Appendix: Correlation of Incompatible Types

For both the simple correlation and network deconvolution approaches to dependency graph generation, we need to be able to measure the correlation between every pair of columns in a dataset. Between columns with the same type, this is relatively straightforward, but since we must produce correlation measures for every pair, we must take a somewhat unusual approach.

As our correlation measure for the correlation technique and our similarity score for deconvolution, we use Spearman correlation, a measure of rank correlation. This measure is suitable for quantitative, ordinal, and dichotomous nominal data. Thus it can be applied to all numeric distributions we use, as well as to boolean distributions, which are nominal and dichotomous. In contrast, categorical random variables are nominal but may take on more than two values. Many categorical random variables are used to represent ordinal data (data with an implied ranking, such as a variable with values ‘low’, ‘medium’, and ‘high’). On the other hands, they may also be used for nominal data (data with no implied ranking, such as a variable with values ‘linen’, ‘silk’, ‘cotton’). Also, even when they are used for ordinal data, the mapping from values to ranks is not provided. In other circumstances, for comparing nominal datasets, one might use nominal-specific measures of association, such as Cramer’s V. However, for our purposes (and especially for the network deconvolution technique), it is important that all measures in the similarity matrix are comparable. Since a single dataset may include both quantitative and nominal data, using different metrics for different variable types would be unacceptable.

B Appendix: Reducing the Incidence of Redundant Branches in Synthesized Programs

In this appendix, we describe our approach to reducing redundancy in program structures.

For a concrete illustration of redundancy reduction, consider our running example. The output program from the synthesis step, shown in Fig. 13(a), contains two similar branches. Our redundancy reduction approach aligns the distributions of the two branches (based on path conditions) and compares their parameters. Since both parameters are similar, our approach chooses to collapse the branches, producing the output program in Fig. 13(b).

As detailed in Algorithm 1, for each pair of distribution parameters, our algorithm makes a decision on whether they match based on how close their parameters are, but also on how much data was used to tune the parameters. If one distribution is Boolean(.987) and the other is Boolean(.986), we are probably willing to collapse them. In contrast, if one distribution is Boolean(.987) and the other is Boolean(.345), and both were tuned with many rows, we probably should not collapse them. However, if one of the distributions was tuned with only two rows of data, we may believe the discrepancy comes only from random chance and be willing to collapse them despite the large difference in the parameters. In this regard, we believe our algorithm follows much the same approach as a human programmer attempting to simplify such a program, comparing parameters, considering how much a parameter is likely to have been affected by chance. When redundancy reduction collapses two branches, it next tunes the distribution parameters for the descendant distributions.

Our algorithm uses two threshold parameters, \(\alpha \) and \(\beta \). Low \(\alpha \) values lead the algorithm to do little reduction, while high \(\alpha \) values produce small, highly reduced programs. The \(\beta \) parameter gives users direct control over the difference between parameter values that should always result in a reduction. For instance, if users anticipate that they will not benefit from seeing separate branches for Boolean(0.94) and Boolean(0.96), they should set \(\beta \) to 0.02 to indicate that parameters with differences no more than 0.02 should always be collapsed, regardless of the amount of data used to estimate them. Although \(\alpha \) is the primary determinant of how aggressively the algorithm collapses branches, users may find manipulation of \(\beta \) convenient if they know some magnitude of difference is unimportant for their use cases.

Applying this algorithm after the synthesis process offers both advantages and disadvantages. The primary and obvious disadvantage is that by reducing redundancy after SA, we give up the opportunity to reduce the SA time by running on a smaller program structure. However, we believe the advantages may make up for the reduction in synthesis time. With this approach, we allow SA to use all the distinctions it can use to obtain high accuracy, and only eliminate distinctions from the learned program after the fact, when it is clear they have not offered significant advantages. At this point in the process, redundancy reduction has access to all the information that has been learned during the earlier synthesis stages, and can make very informed decisions about which conditions to combine. It receives more information than the dependency graph generation stage receives. Also, as discussed in Sect. 7, because this modification is applied as a post-processing step, the user can quickly and easily explore different readability levels, tuning the amount of redundancy reduction to his or her needs.

We also feel this approach may be a more natural way to reduce program sizes, compared to aggressive dependency graph approaches like Network Deconvolution. This is because the individual branch collapse actions are intuitive to human users and could even be presented to the programmer for approval.

Although we are satisfied with the outputs of the current redundancy reduction technique, we are also interested in pursuing a more principled approach. The current algorithm is excellent for allowing users to explore quickly, since it is fast and offers simple tuning parameters. It is also a clean way to handle many different distribution types with a unified algorithm. However, we see redundancy reduction as a natural place to apply methods for identifying whether a difference is statistically significant. Rather than use our magnitude of difference vs. magnitude of data heuristics, why not use real statistical hypothesis testing?

We see one potential drawback to this approach, which is that our redundancy reduction approach is intended to increase readability rather than reduce overfitting. We want users to be able to remove detail even when it is not the result of random chance or overfitting. In short, users should be able to eliminate a distinction even if it is statistically significant. We intentionally placed the redundancy reduction stage at the end so that users can quickly explore various levels of program size and readability, tuning programs to their individual needs. If we transition to a more principled approach, we would want to find a way to maintain this flexibility and the current level of user control. In future, we expect to explore this direction.

To give a sense of how readable DaPPer’s output programs are, we include programs DaPPer produces for the two running examples we use throughout the paper, ‘burglary’ (Fig. 14) and ‘students’ (Fig. 15).