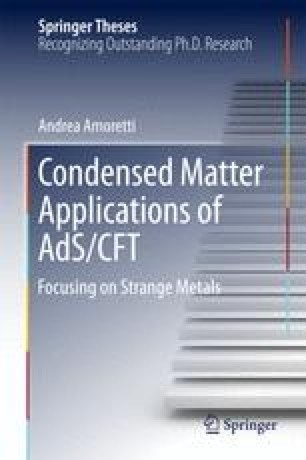 In this manuscript we will analyse the thermo-electric transport properties of two-dimensional condensed matter systems.

In this manuscript we will analyse the thermo-electric transport properties of two-dimensional condensed matter systems. Then, in order to fix the notations in this brief preamble we will define the transport coefficients for the case at hand.

We will consider a two-dimensional system living in the plane \(x-y\) and, in some cases, we will analyse also the effects due to an external magnetic field B applied in the direction perpendicular to the \(x-y\) plane, z (see Fig. 1.1).

With these definitions at hand, we are now ready to start the analysis of the exotic and exciting properties of the cuprates superconductors, starting by understand how they differ from the Fermi Liquid theory.