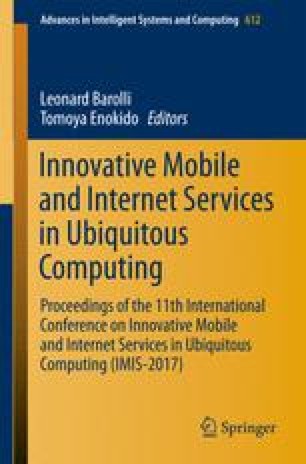 Energy management plays a vital role in maintaining sustainability and reliability of smart grid. It also helps to prevent blackouts. Energy management at consumers side is a complex task. Utility provides incentives like: demand response, time of use and real time pricing models to encourage consumers to reduce electricity consumption in certain periods of time. However, changing energy consumption pattern according to these incentives becomes difficult for consumers. In this paper, we have proposed a fuzzy logic based energy management controller (EMC) for illumination system management. We have used fuzzy logic for reduction of monetary cost and energy consumption. This fuzzy based controller is fully automatic and alters illumination levels between comfort zone of a consumer. It alters illumination level according to price and other input parameters.

Smart grid is a developed form of traditional grid. The integration of communication and information technologies results in smart grid. It uses real time data and optimization techniques to reduce power losses, maintain sustainability, and increase reliability [1]. Devices of several types are linked together to achieve reliability and sustainability of grid. Different sensor devices, software and automatic device controllers are also included in its network.

Communication is an important factor of smart grid. There exists a two way communication between consumer and utility. Data is sent and received on both sides. This data is used for energy optimization and to maintain grid sustainability. Demand side management (DSM) is also an important feature of smart grid. It optimally schedules load to minimize operating cost of appliances and makes efficient use of energy possible [2]. DSM has two aspects load management and demand response (DR). In load management the focus is on the efficient management of energy, it reduces the possible chances of distress and blackouts. It plays a vital role in reducing peak to average ratio (PAR), electricity bills, and power consumption; it also helps to maintain grids sustainability and reliability. Whereas, DR can be defined as actions performed by consumer in the response of dynamic price rates of electricity by utility. In smart grid renewable energy sources also included which make energy optimization a complex task.

Inefficient usage of energy in residential area is increasing as the number of automatic electric appliances is increasing day by day. In residential area, around 20% to 40% energy is consumed by illumination system. The illumination system can comprise of electric bulbs or tube lights. Optimization of illumination system can result in reduce energy consumption and monetary cost. It can also play a significant role in reduction of PAR. In this paper, we have proposed a fuzzy illumination controller. This fuzzy controller takes values of input parameters, processes them according to fuzzy rules and produces output values of output parameters accordingly. This system operates fully automatically and acts according to the values of input parameters. Rest of the paper is organized as follows: Sect. 2 contains related work. In Sect. 3, problem is described and Sect. 4 contains system model. Simulations and discussion is given in Sect. 5 and paper is concluded in Sect. 6.

Scheduling of distributed energy resources (DER) is a difficult task in smart grid. Integration of these distributed resources increases the complexity of energy optimization methods. In [3], an enhanced version of particle swarm optimization (PSO) is proposed which is named as signaled particle swarm optimization (SIPSO). This algorithm performs short term scheduling of DER because accurate forecasting of natural resources for longer time periods is not possible. SIPSO takes more time for execution as compared to its PSO and NPSO but takes less time than rest of the algorithms.

Day-ahead load forecasting (DLF) plays a significant role in efficient management of conventional and renewable energy resources (RES). In [4], a DLF model has been proposed. To forecast the demand load of next day, this model considers energy consumption patterns of previous days along with current day and their average is used as a base to forecast the load consumption patter. The proposed model has improved execution time up to 38% and accuracy of confining non-linearity in load demand curve of previous days is 97%. In spite of this there still exist errors in forecasting DLF which author tends to overcome in future by using autoregressive training model. In [5], a bio-inspired optimization algorithm is proposed to solve energy optimization problem on consumer side. The results show that cost minimization is up to 4% and 7% for first consumer and other two consumers respectively. The limitation of this work is that its comparison with already existing genetic algorithm (GA) is not provided.

Cost minimization method in smart grid using GA has been proposed in [1]. In this paper, RESs and storage devices e.g. batteries are also considered. Real time pricing (RTP) model is utilized for load optimization. When the price of energy is low batteries are changed by RES. When electricity price becomes high, energy from RES is used and batteries are also discharged to meet the energy demand. In case demand is still higher, then additional energy is purchased from grid. In this way cost of energy consumption is minimized and energy is utilized efficiently. It is also concluded that higher battery capacity results in more cost minimization.

In this paper [6], an energy management controller (EMC) is presented for cost minimization in residential area. In this model user comfort is also considered as an important entity. Author specifies maximization of user comfort is also aim of this work but user behaviors during load shifting is not considered and will be considered in future. Security and privacy issues during two way communication between utility and user are also neglected. In [7], a multi objective evolutionary algorithm is implemented. The aim of this work is to use maximum energy efficiently by paying less cost. A function is used to compute the average delay of all appliances. The aim of this work is to minimize average waiting time of appliances and minimum cost of energy consumption.

Fuzzy logic is decision making model, which deals with approximate values rather than exact values. In this paper fuzzy logic is applied to adjust set points of HVAC and illumination systems. These set points directly affect the user comfort. Fuzzy logic is easy to implement and does not require large amount of information. It can be used to acquire reliable results using small amount of information. Fuzzy variables are used to generate these results. In fuzzy logic there are some input variables, set of rules and output variables. The input variables are fuzzified into membership functions, these membership functions are basically fuzzy sets and the degree of membership of a value is defined as, how much a value is closed to that set. An input value can at the same time belong to more than one sets. There are different types of membership functions, in our system we have used triangular function because of its simplicity and good performance. In fuzzy logic input and output parameters are defined in simple human understandable language. Fuzzy rules are defined to specify the relationship of input parameters and their effect on the values of output variables. Hence, fuzzy logic follows 3 basic steps: fuzzification of input values via fuzzifier, implementation of rules and defuzzification using defuzzyfier, Fig. 1 shows these steps graphically.

These appliances are fully controllable by EMC. In this paper, we are considering lightning bulbs as interruptible appliances. Approximately 20 energy is consumed by electric lights [8]. Therefore, optimized use of energy for lightning plays a vital role to reduce energy consumption, monetary cost and PAR. A fuzzy illumination controller is proposed to control illumination level in a certain range, while keeping user comfort as high as possible. The comfortable lightning range for a home is between 150 (lux) to 250 (lux) [9].

In this paper, an autonomous fuzzy illumination system is proposed. It is an efficient system for energy optimization, it responds to the altering situations e.g. outdoor illumination level, user occupancy and electricity price. We have used time of use pricing scheme. Results show that it has reduced energy consumption up to a significant level. Reduction in energy consumption ultimately results in reduction of monetary cost. Energy consumption has been reduced but user comfort is not compromised in any manner. The fuzzy rules are designed in such a way that illumination set points vary between user comfort range. PAR has also been reduced, as system reduces the set point values of illumination system during on-peak hours.