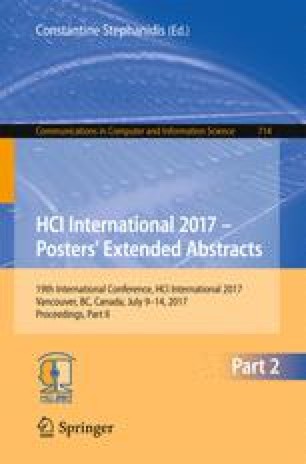 How Are Social Capital and Parental Mediation Associated with Cyberbullying and Cybervictimization Among Youth in the United States?

Summary of hierarchical multiple regression examining the influence of social capital and parental mediation on cyberbullying and cybervictimization.

Internet and digital media have created novel and innovative pathways of communication for adolescents to connect with others in a meaningful way. Social media sites and instant messaging services have grown in use and popularity among adolescents (Lenhart et al. 2015). For example, posting updates on various social media sites, such as Snapchat, Facebook, or YouTube, has become part of day-to-day life for many young people. As such, online platforms have the potential to promote interpersonal bonds because digital media offers a way in which adolescents share with others. Social capital extends beyond simply sharing with others, but consists of having relationships with others whom one can count on to provide support in the future (Williams 2006). Putnam (2000) described two distinct categories of social capital, specifically bridging and bonding, to reflect different types of interpersonal bonds. For instance, bridging refers to the formation and maintenance of weak social ties to others, possibly in large social networks (Liu et al. 2016). Therefore, bridging may expand social networks to include other worldviews or create opportunities for information or resources in the future (Williams 2006). Contrastingly, bonding is considered to occur when strongly tied individuals (e.g., adolescents with family and peers) provide each other with emotional support. The reciprocity observed in bonding social capital promotes strong emotional bonds that enables mobilization of support and resources (Williams 2006). Past research revealed a link between internet use and social capital highlighting that electronic devices help to promote and strengthen relationships among adolescents (Liu et al. 2016). Yet, social capital generated by engaging in online social networks by adolescents may be influenced to the extent in which caregivers provide their teens with access to technology and digital media.

The sample included 215 adolescents from the United States (56% female) aged 13 to 17 who participated in a web-based survey with their parent or legal guardian. This study received post-secondary institutional approval from their behavioral review ethics board. After the adult participants provided their informed consent for themselves and their child, teens were also given the opportunity to assent to be a part of the study. Teen participants who did not provide their assent were not included in the analysis. Parents completed their surveys first then were asked to leave the room so that their teens could complete their portion of the survey. In this paper, we only analyzed data collected from teen participants. To recruit a nationally representative sample of participants, we leveraged a Qualtrics panel1. Qualtrics compared data collected with regional demographics to prevent over sampling from a particular population. Attention screener questions were used to filter out low quality data. The data collection was completed by the end of August 2014.

Participants’ bridging and bonding social capital were measured with the Internet Social Capital Scale (ISCS; Williams 2006). This measure consists of 20-items with two subscales: bridging (10 items) and bonding (10 items). Items are scored on a 5-point Likert scale ranging from 1 = strong disagree, 2 = disagree, 3 = neutral, 4 = agree, to 5 = strongly agree. A higher score represents higher social capital. Sample bonding items include “the people I interact with online would put their reputation on the line for me” and “there is someone online I can turn to for advice about making very important decisions.” Sample of bridging items include “interacting with people online makes me feel connected to the bigger picture” and “Interacting with people online makes me interested in things that happen outside of my town.” The ISCS measure had been shown to have a Cronbach’s α of 0.90 (Williams 2006).

Parental mediation strategies measured were active, restriction, and monitoring (Livingstone et al. 2011). The measure consists of 20-items with three subscales: active (5 items), restriction (6 items) and monitoring (11 items). Items are scored on a 5-point Likert scale ranging from 1 = not at all, 2 = rarely, 3 = sometimes, 4 = often, to 5 = almost all of the time. Next, sample active item includes “Do either of your parents currently do any of the following things with you? Talk to you about what you do on the Internet.” Sample of restriction item includes “For each of these situations, please specify how restrictive your parents usually are: Upload photos, videos or music to share with others.” Lastly, examples of monitoring item include “Does either of your parents sometimes check any of the following things - which websites you visited based on your Internet browsing history” and “Use parental control technologies to keep track of the websites you visit.” The parental mediation measure had been shown to have Cronbach’s α of 0.75 for active mediation, 0.94 for monitoring mediation, and 0.88 for restriction mediation.

As shown in Table 1, both internet use and bonding social capital positively predicted cyberbullying and cybervictimization (p < 0.05). Parental mediation strategies were also positively associated with cyber-risks; online monitoring predicted cyberbullying while device monitoring by parents was significantly associated with cybervictimization. Internet use became a non-significant factor for cyberbullying once parental mediation (Block 4) was added to the model. The main effects of demographic factors, specifically age, ethnicity, and gender, did not significantly contribute to the models.

Our research highlights the complex relationships between adolescent internet use, the benefits of engaging online with others, and the potential risks of cyberbullying. Study findings indicate that there is a significant association between cyberbullying experiences, social capital, and parental mediation. Our results suggest trade-offs between frequency of internet use and the ability to bond with others online in direct relation to the risk of engaging in or exposing oneself to cyber-related risks. Interestingly, parental mediation did not seem to have an effect on reducing cyber-risks. Instead, our results are consistent with prior work (Wisniewski et al. 2015) that suggests parents may take more reactive approaches to mediate teens’ online risk experiences once they occur. Yet, a limitation of our findings is that cross-sectional data is not best suited to confirm causal relationships. Therefore, longitudinal studies are needed to investigate the dynamic relationship between social capital and parental mediation as adolescents develop and encounter stressful online situations, such as cyberbullying and cybervictimization. Future studies examining the interplay between parental mediation techniques, adolescent internet use, online risks, and online benefits would serve to further disentangle these effects.