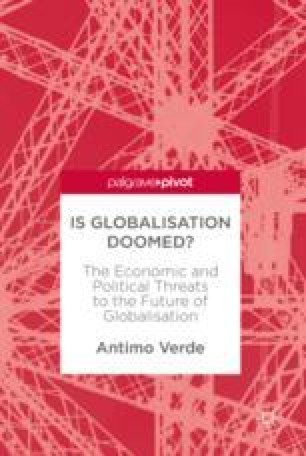 This is a book about globalization . There are different definitions of it. Any-way globalization is a dynamic process driven by technological changes and carried out through well-identified International channels: free trade, liberalized capital flows and movements of people. Globalization is divided into three phases: the first going from 1870 to 1913, the second from 1945 to 1991 and the third from 1992 up to today. The identification and analysis of the phases are carried out in an original way with the help of the phases of the International Monetary System: Gold Standard, Bretton Woods, After Bretton Woods. This kind of coupling leads us to wonder if we are entering the fourth phase of globalization.