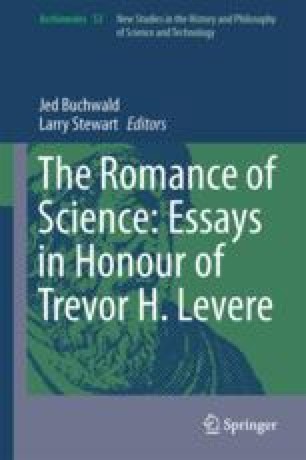 The Romance of Science: Essays in Honour of Trevor H. Levere pp 65-79 | Cite as

“Men of Letters” and “Men of Press Copies”: The Cultures of James Watt’s Copying Machine

For men of letters and men of business in the late eighteenth century the proliferation of correspondence and other manuscript documents presented an escalating problem of record. The information in the documents that they generated had to be retained for reference and other purposes. The traditional way of making copies of manuscripts was to transcribe them by hand. Clerks were primarily copyists. As business and correspondence networks expanded, the volume of material requiring copying, as well as issues of confidentiality, created problems in scribal culture. Interest in other ways of generating copies, which had been a recurring theme from the late seventeenth century, became an obsession in the late eighteenth and nineteenth centuries. James Watt’s copying machine, patented in 1780, was one of the key inventions addressing these issues. I consider here aspects of its origins, marketing, development and diffusion in business, and, particularly, in the British Civil Service with emphasis upon understanding the cultural springs, and the ongoing cultural relations and significance, of this information technology. Beyond its functional value, the copying machine was in its early days a collectable device exhibiting and symbolizing ingenuity. Such appeal probably explains some of the eagerness of men of learning to acquire it. In the nineteenth century, as its use became commonplace in business offices and government bureaucracies, the copying machine became a more firmly entrenched symbol of merely mechanical work to be contrasted with the creative work of the man of letters.