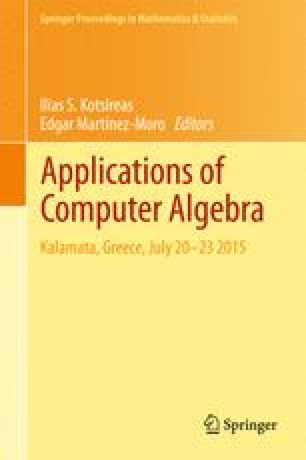 The security of public-key cryptosystems is mostly based on number-theoretic problems like factorization and the discrete logarithm. There exists an algorithm which solves these problems in polynomial time using a quantum computer. Hence, these cryptosystems will be broken as soon as quantum computers emerge. Code-based cryptography is an alternative which resists quantum computers since its security is based on an NP-complete problem, namely decoding of random linear codes. The McEliece cryptosystem is the most prominent scheme to realize code-based cryptography. Many code classes were proposed for the McEliece cryptosystem, but most of them are broken by now. Sendrier suggested to use ordinary concatenated codes, however, he also presented an attack on such codes. This work investigates generalized concatenated codes to be used in the McEliece cryptosystem. We examine the application of Sendrier’s attack on generalized concatenated codes and present alternative methods for both partly finding the code structure and recovering the plaintext from a cryptogram. Further, we discuss modifications of the cryptosystem making it resistant against these attacks.

A GCC Construction and Decoding

Generalized concatenated (GC) codes were introduced by [5]. This appendix presents construction and decoding of GC codes according to [4, Chap. 9]. Code concatenation is used in order to obtain long codes with low decoding complexity. The advantage of a GC code in comparison to an OC code with same length and dimension is, that the GC code can correct more errors, see [4]. A GC code consists of one inner and several outer codes of different dimensions. If we only use one outer code, we obtain an OC code.

The idea of generalized code concatenation is to partition the inner code into several levels of subcodes. We generate a partition tree as follows. The inner code becomes the root of the tree. We partition the inner code into subcodes which form the second level of the tree. We again partition each of the subcodes and continue until we end up at a level in which each subcode consists of only one codeword. These subcodes become the leaves of the tree. Let \(\mathscr {B}_i^{(j)}\big (q;{n_B},{k_B}_i^{(j)},{d_B}_i^{(j)}\big )\) denote the inner codes at level j. The partitioning should be done such that the minimum distance of the subcodes increases strictly monotonically from level to level in the partition tree. Each codeword can be uniquely identified by enumerating the branches of the partition tree and following this enumeration from the root to the corresponding leaf. The numeration from level j to level \(j+1\) is protected by an outer code \(\mathscr {A}^{(j)}\big (q^{k_{j}};{n_A},{k_A^{(j)}},{d_A^{(j)}}\big )\). This encoding scheme matches the definition of GC codes in Sect. 3.2.2 by simply taking \(\theta \) as the function that maps the enumeration of a codeword from the root to a leaf to the codeword of \(\mathscr {B}\) which is contained in this leaf. Note, that for many linear codes \(\mathscr {B}\), there is a partitioning which corresponds to an \(\mathbb {F}_q\)-linear mapping \(\theta \) [4]. Also, most practically good GC codes fulfill \({k_{1}}={k_{2}}=\dots ={k_{\ell }}=1\) due to the existence of many linear subcodes of \(\mathscr {B}\) (e.g., Reed–Muller codes), which helps constructing many partitionings. An example of the encoding and transmission process is visualized in [4, Fig. 9.10].

B Proof of Theorem 2

In this appendix, we prove Theorem 2. We first recall some useful and well-known facts about vector and matrix representations of extension fields.

Some facts about vector and matrix representation of finite extensions of finite fields \(\mathbb {F}_{q^{m}}/\mathbb {F}_q\):

Using these definitions and statements, we are able prove Theorem 2. We also recall its statement.

C Work Factor of Nonstructural Attack on Code Ex. in [25]

This appendix computes the work factor of our nonstructural attack presented in Sect. 6.2 when applied to the OC code example which was proposed by Sendrier in [25] with parameters \((2048, 308, \ge 425)\).