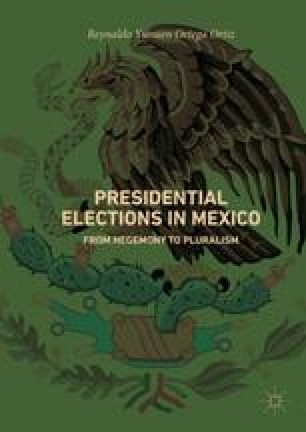 Conclusions: Presidential Elections and the New Structure of Power in Mexico

At different moments of its history, citizens of Mexico have shown their capacity to organize and demand better policies. Democratization in Mexico is a case in point. Between 1988 and 2012, Mexico’s party politics evolved from a hegemonic to a moderate pluralist party system . The new structure was the consequence of multiple factors. Some of the most important ones were institutional transformations that included several electoral reforms . Nevertheless, this new structure of political opportunities cannot be explained without considering the constant mobilization of the opposition parties, particularly the PRD and the PAN , during previous decades. Just as important was the mobilization of trade unions , social movements , universities, and mass media in developing Mexico’s democratic landscape of moderate protected consultation . The book concludes by reflecting on this political process while also outlining the challenges for Mexican democracy, challenges that derive from issues of violence , party finances, inequality, and economic growth .