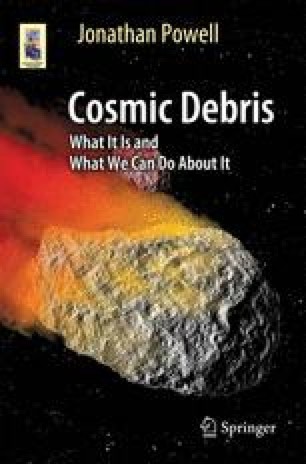 The chances of a random piece of rock striking Earth still exists, but probably to a much reduced level of threat. During the early years in the creation of our Solar System, there was plenty of debris that had yet to settle into some form and order, with constant collisions of large bodies before any structure was imposed. As time passed and natural order and stability were imposed, collisions were reduced in number, and, with it, the chances of being hit subsequently fell. The remnants of this settling down phase were either ejected into deep space or conformed to some kind of symmetry, even though within that symmetry the threat of being hit remains.

Solar System Space Debris Asteroid Belt Earth Asteroid Near Earth Object
These keywords were added by machine and not by the authors. This process is experimental and the keywords may be updated as the learning algorithm improves.
This is a preview of subscription content, log in to check access.