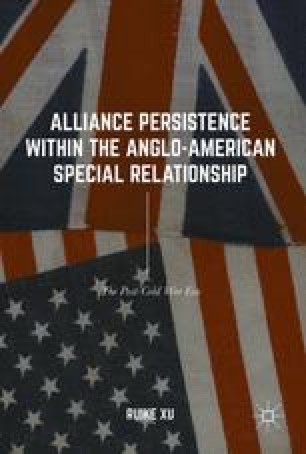 On 24 June 2016, President Obama reasserted the enduring special relationship between the US and the UK after Brexit vote by saying “The special relationship between the United States and the United Kingdom is enduring, and the United Kingdom’s membership in NATO remains a vital cornerstone of U.S. foreign, security, and economic policy” (White House 2016). More than seven decades have passed since the inception of the Anglo-American special relationship (AASR) in the Second World War. It is fascinating that the AASR has persisted up until today, albeit experiencing twists and turns. The end of the Cold War turned out not to be a fatal blow to the AASR.

It is a rare phenomenon in international relations, where most alliances are short-lived, that the AASR has managed to persist without losing its vitality after the end of the Cold War. The AASR warrants special attention, not because it is the oldest alliance of the UK and the US. For the UK, its oldest ally is Portugal. Its alliance...

Prime Minister Special Relationship Sovereign State Soft Power Archive Record
These keywords were added by machine and not by the authors. This process is experimental and the keywords may be updated as the learning algorithm improves.
This is a preview of subscription content, log in to check access.