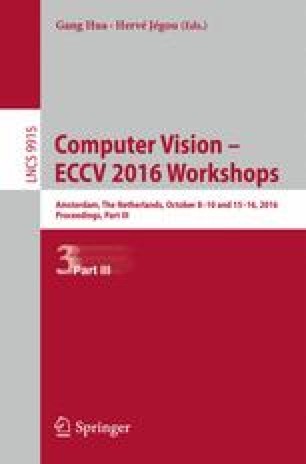 Deep Shape from a Low Number of Silhouettes

The second technique groups build the 3D real world in the grid space consists of voxels. Priors such as connectivity priors, surface orientation priors are represented as data constraint terms. These terms are calculated in a mathematical framework such as multiple label convex framework or MRF pipelines to provide solutions to the opening challenges. Besides, sufficient information of viewpoints including camera parameter matrix of each viewpoint, a large number of silhouettes and 2D image pixels are the base of quality of 3D reconstruction in the grid space.

Two contributions are made. First, this pipeline produces high quality of 3D reconstruction based on a low number of silhouettes. It is not dependent on images pixels, depth data and et al. Therefore, this silhouettes based technique is considered as a potential solution for 3D reconstruction of transparent objects or objects with textureless parts. Second, compared with techniques relying on a large number of images taken in different viewpoints, the proposed pipeline reduces the number of views.

This paper is organized as follows. We review related work in Sect. 2. We formulate the problem in Sect. 3. Both the solution to the formulated problem and the proposed reconstruction pipeline is presented in Sect. 4. Evaluation details including the dataset, traning, test and results are shown in Sect. 5. Finally, conclusion and future work for our pipeline is discussed in Sect. 6.

Convolutional Neural Networks(CNNs) have been proven their efficiency in improving 3D reconstruction. For example, CNNs is developed for the task of prediction of surface normals from a single image [18]. A combined framework for viewpoint estimation and local keypoint prediction is proposed through application of a convolutional neural network architectures [19]. A convolutional neural network is built to perform extremely well for stereo matching [20].

We aim at building a function V of Visual Hull \(H_k\) (inferred from k silhouettes [25]) that reconstructs a shape as close as possible to the Ground Truth (GT) shape:
$$\begin{aligned} V(H_k) \simeq GT \end{aligned}$$
(1)
It is commonly understood that the visual hull improves as the number k of silhouettes increases such that:
$$\begin{aligned} \lim _{k\rightarrow \infty }H_k =H \end{aligned}$$
(2)
where the limit visual hull H is the best approximation possible of the object shape estimated from silhouettes. H itself is often far away from the true shape GT as concave areas fail to be recovered from Shape-from-Silhouettes techniques [26].

To avoid these artifacts, we propose an improvement on visual hull inferred by shape-from-silhouettes techniques using a Bayesian like framework where we aim at using prior information about the object category to design a function \(V(H_k)=V_k\) that is as close as possible to GT. The function V is designed using deep neural network and is trained using ShapeNets dataset [1]. Our formulation is tested for \(k=2,3,4,5\) silhouettes available as input of the pipeline.

Evaluation are conducted for the proposed pipeline. First, training of a deep shape model is conducted through usage of the ShapeNet [1] dataset. Second, test is carried on to reconstruct 3D shapes from a low number of silhouettes. Finally, comparison between the reconstructed 3D shapes and the ground truth shape is made and the reconstruction errors are calculated. We did 4 experiments. The goal of each experiment is to reconstruct the 3D shape of instances of a specific object category. For conducting each experiment, category-specific deep shape model is trained and then the evaluation on the reconstruction accuracy is calculated.

ShapeNet is presented as a richly-annotated, large-scale repository of shapes containing 3D CAD models of objects for a rich number of object categories. ShapeNets contains more than 3, 000, 000 models, and 220, 000 models of which are classified into 3, 135 categories. And ShapeNets has been used in a range of deep 3D shape research work [27, 28, 29]. Here, we use a subset of ShapeNets to train our category-specific deep shape reconstruction model. For example, we use 372 car CAD models for training our car deep shape reconstruction network, and then use 110 car CAD models for testing the performance of our pipeline. The number of CAD models used in the training for other three categories including planes, motorbikes and chairs are 372, 277, 315 respectively. The number of CAD models for testing are 107, 164 and 62 respectively.

In the training, both the ground truth shape and the coarse shape of each CAD model are used. The coarse shapes for training a category-specific deep shape reconstruction model are produced through applying triple silhouettes. These silhouettes are taken from three different views around each CAD model. The three views are \(0^{\circ }\), \(120^{\circ }\), and \(240^{\circ }\) around each CAD model. Figure 3 visualizes the fixed three views and triple silhouettes for the training. Then, with known triple silhouettes and camera parameters, the coarse shapes are produced simply from the intersection of three silhouette cones [25]. And both the ground truth shape and the coarse shape are represented in the form of volume consisting of binary voxels. Figure 4 presents ground truth shape and their corresponding \(H_3\) used for training. To be noted, for both training and testing, the volume size of each shape is \(50\times 50\times 50\). The category-specific reconstruction network is trained end to end from scratch and with pure stochastic gradient decent. And the learning rate is \(1e^{-5}\) for 200 epoches. The value of momentum is 0.9 and the implementation is based on the open source library Torch.

Quantitative Results. In order to get quantitative measures of the reconstructed shape, we evaluate the 3D reconstruction in two ways. The first evaluation is the mean square error between a 3D voxel reconstruction before thresholding and its ground truth voxelized model. The second evaluation is the voxel Intersection-over-Union(IoU) between the 3D voxel reconstruction and the ground truth model. More formally,
$$\begin{aligned} Reconstruction \, Error=\frac{\sum _{i=1}^{n}|vp_{i}-Gvp_{i}|^2}{n} \end{aligned}$$
(3)
where \(vp_{i}\) represents the final output at voxel i in a grid space before thresholding, \(vp_{i}\in [0,1]\). And let the corresponding ground truth occupancy be \(Gvp_{i}\), \(Gvp_{i}\in \{0,1\}\). Lower error indicates better reconstruction. To be noted, we train and test in a \(50\times 50\times 50\) grid space so the total number of voxels is determined as \(n=50\times 50\times 50\).
$$\begin{aligned} Voxel \, IoU =\frac{\sum _{i=1}^{n}[I(vp_{i}>t)\ I(Gvp_{i})]}{\sum _{i=1}^{n}I(I(vp_{i}>t)+I(Gvp_{i}))} \end{aligned}$$
(4)
where I(.) is an indicator function and \(t\in [0,1]\) is a voxelization threshold. Higher IoU values indicates better reconstruction. In the test, the value of threshold is set to \(t=0.5\) for cars, planes and motorbikes. \(t=0.3\) is chosen for chairs.
Figure 10 visualizes the reconstruction errors of all tests. Error of each test sample, the average error and variance of error for each object ategory and each view arrangement are all shown. Figure 11 visualizes the voxel IoU of all tests. Voxel IoU of each test sample, the average voxel IoU and variance of voxel IoU for each object category and each view arrangement are all shown.

Our 3D reconstruction pipeline using 3D CNNs networks has been trained end to end. The input of the pipeline are a small number of silhouettes with corresponding camera parameter matrix and the output is the reconstruction of category-specific 3D shapes. Our approach proves its efficiency in tackling the complexity of the shapes considered where the object categories contain instances with large non-linear shape variations. The proposed pipeline works in two stages including coarse shape reconstruction stage and deep shape reconstruction stage.

This work has been supported by a scholarship from Trinity College Dublin (Ireland), and partially supported by EU FP7-PEOPLE-2013-IAPP GRAISearch grant (612334).