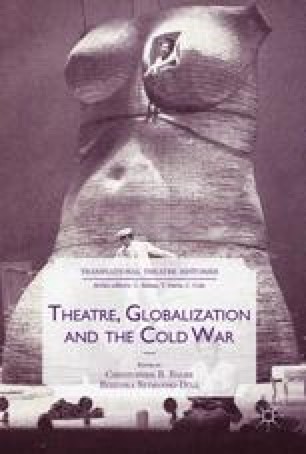 An Eastern Bloc Cultural Figure? Brecht’s Reception by Young Left-wingers in Greece in the 1970s

The following article explores the interaction between intensifying youth politicisation and the growing dissemination of Brecht’s plays in Greece during the 1970s. It stresses that ideas that were circulating transnationally shaped the diverse approaches that young left-wingers developed towards the plays of Bertolt Brecht. Such cultural transfers cannot be subsumed under the heading of Americanisation, the dominant story in the forging of youth identities in postwar Europe. In this vein, the article situates these transfers in the context of the Cold War and demonstrates that a significant number of young Communists lauded Brecht as a cultural figure of the Eastern bloc on the basis of arguments put forth by Soviet scholars. Thus, it critically addresses the hitherto perfunctory attention that scholars have paid to transnational flows from the Eastern bloc to the West and their impact on young people residing in the latter.

Socialist Realism Cultural Politics German Democratic Republic Militaristic Regime National Theatre
These keywords were added by machine and not by the authors. This process is experimental and the keywords may be updated as the learning algorithm improves.
This is a preview of subscription content, log in to check access.