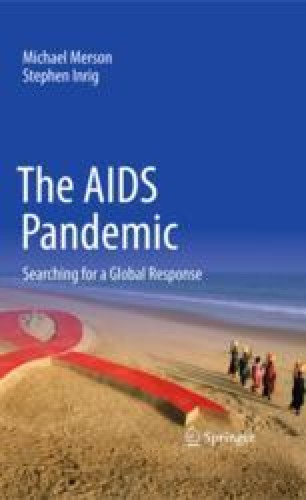 In this chapter, we discuss how the Joint United Nations Programme on HIV/AIDS (UNAIDS) came to define its role and place in a changing donor landscape, including new leadership at the World Health Organization and the United Nations Development Programmme, and the launch of several new initiatives in the global AIDS arena, including the Global Fund to Fight AIDS, Tuberculosis and Malaria, the United States government’s President’s Emergency Plan for AIDS Relief (PEPFAR), and the Bill & Melinda Gates Foundation. Advancements in prevention and treatment have influenced the global response, and UNAIDS has continued to adjust its goals accordingly. In a sea of global AIDS actors, UNAIDS has asserted strong strategic leadership in the areas of advocacy and monitoring and evaluation with the ambitious goal of ending AIDS as a public health problem by 2030.

The original version of this chapter was revised to correct misspellings.