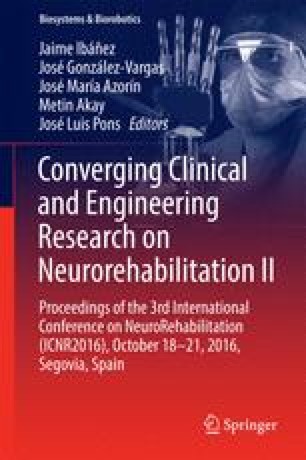 Non-supervised Feature Selection: Evaluation in a BCI for Single-Trial Recognition of Gait Preparation/Stop

Is presented a non-supervised method for feature selection based on similarity index, which is applied in a brain-computer interface (BCI) to recognize gait preparation/stops. Maximal information compression index is here used to obtain redundancies, while representation entropy value is employed to find the feature vectors with high entropy. EEG signals of six subjects were acquired on the primary cortex during walking, in order to evaluate this approach in a BCI. The maximum accuracy was 55 and 85 % to recognize gait preparation/stops, respectively. Thus, this method can be used in a BCI to improve the time delay during dimensionality reduction.

Predictive Positive Value Dimensionality Reduction Motor Imagery True Positive Rate Band Power
These keywords were added by machine and not by the authors. This process is experimental and the keywords may be updated as the learning algorithm improves.
This is a preview of subscription content, log in to check access.

Authors would like to thank CNPq, CAPES, FAPES and SENESCYT for supporting this research.