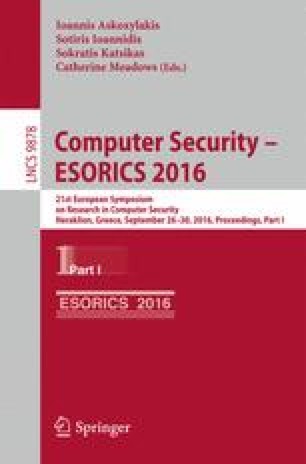 Website Fingerprinting attacks enable a passive eavesdropper to recover the user’s otherwise anonymized web browsing activity by matching the observed traffic with prerecorded web traffic templates. The defenses that have been proposed to counter these attacks are impractical for deployment in real-world systems due to their high cost in terms of added delay and bandwidth overhead. Further, these defenses have been designed to counter attacks that, despite their high success rates, have been criticized for assuming unrealistic attack conditions in the evaluation setting. In this paper, we propose a novel, lightweight defense based on Adaptive Padding that provides a sufficient level of security against website fingerprinting, particularly in realistic evaluation conditions. In a closed-world setting, this defense reduces the accuracy of the state-of-the-art attack from 91 % to 20 %, while introducing zero latency overhead and less than 60 % bandwidth overhead. In an open-world, the attack precision is just 1 % and drops further as the number of sites grows.

A special acknowledgement to Gunes Acar, Ero Balsa, Filipe Beato and Stijpan Picek for reviewing the draft version of the paper. We appreciate the interesting discussions with Yawning Angel, Rishab Nithyanand, Jamie Hayes, Giovanni Cherubin, Tao Wang, Oscar Reparaz and Iraklis Symeonidis that helped developing this paper. This material is based upon work supported by the National Science Foundation under Grants No. CNS-1423163 and CNS-0954133 and the European Commission through H2020-DS-2014-653497 PANORAMIX and H2020-ICT-2014-644371 WITDOM. Marc Juarez is funded by a PhD fellowship of the Fund for Scientific Research - Flanders (FWO).

An exponential scale for the bins provides more resolution for values in a neighborhood of zero, which is convenient to represent distributions with heavy positive skew, such as the distribution of inter-arrival times in network traffic.