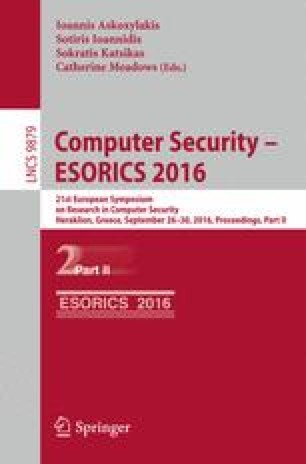 Since hundreds of certificate authorities (CAs) can issue browser-trusted certificates, it can be difficult for domain owners to detect certificates that have been fraudulently issued for their domain. Certificate Transparency (CT) is a recent standard by the Internet Engineering Task Force (IETF) that aims to construct public logs of all certificates issued by CAs, making it easier for domain owners to monitor for fraudulently issued certificates. To avoid relying on trusted log servers, CT includes mechanisms by which monitors and auditors can check whether logs are behaving honestly or not; these mechanisms are primarily based on Merkle tree hashing and authentication proofs. Given that CT is now being deployed, it is important to verify that it achieves its security goals. In this work, we define four security properties of logging schemes such as CT that can be assured via cryptographic means, and show that CT does achieve these security properties. We consider two classes of security goals: those involving security against a malicious logger attempting to present different views of the log to different parties or at different points in time, and those involving security against malicious monitors who attempt to frame an honest log for failing to include a certificate in the log. We show that Certificate Transparency satisfies these security properties under various assumptions on Merkle trees all of which reduce to collision resistance of the underlying hash function (and in one case with the additional assumption of unforgeable signatures).

Hash Function Security Property Certificate Authority Internet Engineer Task Force Security Goal
These keywords were added by machine and not by the authors. This process is experimental and the keywords may be updated as the learning algorithm improves.
This is a preview of subscription content, log in to check access.

Benjamin Dowling and Douglas Stebila are supported by Australian Research Council (ARC) Discovery Project grant DP130104304. Felix Günther is supported by the DFG as part of project S4 within the CRC 1119 CROSSING.

A Proof of Theorem 4 (Inclusion of promises)