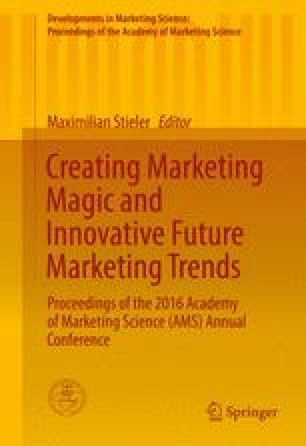 Founded in 2010, the Consumer Financial Protection Bureau (CFPB) aims to protect vulnerable consumers from businesses such as payday lenders, car title lenders, subprime mortgage lenders, and other consumer financial services (CFS), whose core target market shows demographic characteristics of lower incomes and lower levels of education. While supporters of this bureau believe that these consumers are more vulnerable than other groups (c.f., Chatterjee et al. 2009), other researchers argue that these consumers are wise about their financial situation and do not need such government regulation (c.f., Cole 2007, 2015). Demographic characteristics of CFS users are well established, but psychological characteristics and attitudes of this group are not. Thus, this research seeks to examine the impact of gullibility, self-control, interpersonal influence, cognition, and the ability to judge value on attitudes and behaviors of CFS users. A combination of existing Likert-type scales and newly created items was used to measure the constructs in the model. A survey was administered through Survey Sampling International, and online consumer panel/surveying company. A total of 510 usable surveys were collected. Respondents matched the US population with respect to gender and ethnicity, and we requested that respondents earn less than $100,000 per year. Cronbach’s alpha values ranged from 0.79 to 0.95, indicating evidence of measure reliability. Both exploratory and confirmatory factor analyses were performed and provided evidence of convergent and discriminant validity. Structural equation modeling was used to measure the impact of the independent variables listed above on attitudes towards CFS. Gullibility and susceptibility to interpersonal influence appear to be strong, significant predictors of attitudes towards CFS. It was found that the more gullible the respondent, attitudes towards CFS were more positive. Similarly, those who were more susceptible to interpersonal influence also displayed more positive attitudes towards CFS. There was also a link between cognition and attitude; however, this path was only marginally significant. Self-control and the ability to judge value were not significant predictors of attitude.

The findings of this study have implications for policy makers striving to ensure informed decisions made by all consumer groups. This study’s discovery of a link between consumer gullibility and attitudes gives weight to the arguments made by proponents of the CFPB—that this bureau is needed to protect a certain group of consumers. Furthermore, the strong link between susceptibility to interpersonal influence and attitudes provides some direction to the CFPB to include consumer education about how to not be so influenced by the people around them. In addition, the relationship between cognition and attitudes indicates that the CFPB should continue to stress financial education as part of its mission. Future research should specifically address what format and content would be most effective in educating this vulnerable consumer group relative to these psychological characteristics.

Customer Relationship Management Psychological Characteristic Consumer Group Usable Survey Financial Education
These keywords were added by machine and not by the authors. This process is experimental and the keywords may be updated as the learning algorithm improves.
This is a preview of subscription content, log in to check access.