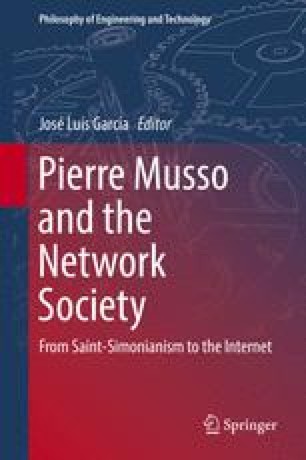 Paradise, Panopticon, or Laboratory? A Tale of the Internet in China

Chapter
Part of the Philosophy of Engineering and Technology book series (POET, volume 27)

Reviewing how the Internet has penetrated and developed in China, Dazhou Wang and Kaixi Wang focus their analysis on how society and the Internet have developed side-by-side. These authors present the Internet as a laboratory, in which social, corporate and governmental actors operate in various ways and engage in power dynamics leading to social change. Wang and Wang highlight the presence of e-influences, dissident voices which have given rise to the diversity necessary for social change, allowing for public opinion to be formed among those surfing the Internet.

The right of association, which had been restricted in China, was achieved with the Internet, thanks in large part to Weibo, a microblogging service which encouraged political participation, and led the central government to outline strategies for dealing with the Internet, such as the dissemination of explanations of matters of public interest. This rendered politics more transparent by helping to explain those matters to the general public.

The government, however, fearing threats to social stability, set up the Great Firewall, a system of control and surveillance which blocks certain websites and filters keywords which web surfers key into search engines. Business entities, required to set up security systems to prevent the illegal transmission of information, carry out their own censorship so that web surfers, being aware of the censorship they are likely to suffer online, practice a kind of self-censorship.

In the light of the dynamics resulting from the spread of the web, going along with Latour, these authors see the Internet as a laboratory in which social actors, far from having defined and unchanging properties, experiment with its possibilities. With the emergence of personal media, civic participation has triggered mass mobilization in support of specific causes. This, combined with the increase in governmental transparency, contributes to greater freedom and to strengthening the rights to information and publication.

Wang and Wang suggest that there is not one “Internet”, but several “internets”. This goes against the idea of “universal association” and the conception of the Internet as an automatic conduit for democracy. The authors stress the dynamics of the interaction between the state, society and the Internet, in a process in which all those involved tested the suitability of different behaviours. Their main argument seems to be that social change is not a feature of networks and is not inherent in their architecture, but depends rather on political choices: they lacks, in effect, a political framework which might encourage further exploration of their nature as a laboratory.

Collective Action State Council Internet Service Provider Microblogging Service Weibo User
These keywords were added by machine and not by the authors. This process is experimental and the keywords may be updated as the learning algorithm improves.
This is a preview of subscription content, log in to check access.