Rhetoric, Social Value and the Arts 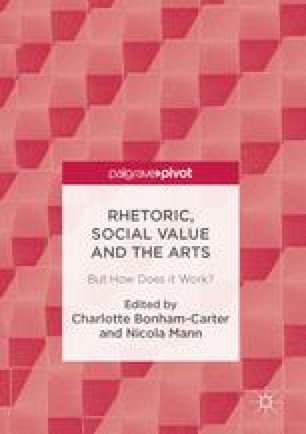 How might collections preserve and reflect what is on offer by way of social practice, which includes, among other things, interactive installations, architectural propositions, public actions, community organising, the preparation and serving of food, and even policy reform? Do we collect documentation meant to evoke a past instance of socially created meaning, or something symbolic meant to communicate a poetics of a former work around a particular issue? What is the “object,” so to speak, of social engagement? What is the thing that is being collected, presented, or interpreted exactly? Things associated with social practice are entering major museum collections, at any rate, so how might these collection practices reflect this unwieldy field?