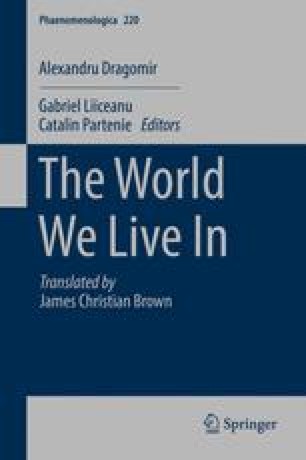 A lecture on how the technical world of today is grounded on the abstraction promoted by science, which is itself grounded on the tendency of the intellect to deviate from its role of guiding the whole human being and to declare its own supremacy. Key texts are discussed, starting with Aristotle and ending with Descartes.

Based on tape recordings of a series of lectures given by Alexandru Dragomir in the period September 1986–May 1988, together with extracts from two short presentations which he made in 1998. At first sight, these lectures, in the form in which they were first delivered, seem to have no logical connecting thread. And yet there is such a thread, even if in places it can only be intuited. In reconstituting the present text, my chief preoccupation has been to bring this logical thread to the surface. To this end, the initial text resulting from the transcription of the original lectures and presentations has been modified: some passages have been omitted, others have been reformulated, and others have been adjusted stylistically. A number of passages, intended to complete thoughts that had not been carried to their conclusion or were simply not explicitly formulated, are entirely my own. What has resulted, however, is not a flowing text, but rather a suite of fragments. I could have gone further, and transformed the suite of fragments into a text in which the logical thread of the lectures would have been more clearly highlighted. This I have not done, for fear of losing the enigmatic beauty of the fragments. However it should be borne in mind that the lectures from which the present text derives were no more than sketches for a work that was never carried out. I would like to thank my wife Ioana for the patience and accuracy with which she transcribed the first part of these lectures, and Sorin Vieru, who transcribed the two presentations made in 1998. My thanks also to Bogdan Mincă for the care with which he read the reconstituted text and for his comments on it. (Catalin Partenie)