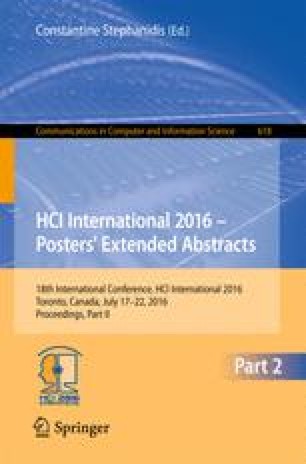 A Case Study of a Fashion Brand
Conference paper
Part of the Communications in Computer and Information Science book series (CCIS, volume 618)

Widespread popularization of social networking services (SNSs) promoted, many studies about marketing activities using SNSs. But, there are a few studies focused on tendencies of consumer communities on SNSs. In this paper, we focus on a fashion brand and “Instagram”. And we study about tendencies of consumer communities on SNSs to present necessary information for users effectively. From the results of our analysis, we found that there was a community which was formed of users who had high degree of loyalty in “Fashion Brand A”. Moreover, as the result of analysis of user behavior, the presence of loyal customers in the community was confirmed.

Recently, Social Networking Services (SNSs) have been growing. Users can communicate with friends about their preference and favorites using SNSs. So, there are many consumer communities that are defined as a group of users who have same interests. In this situation, there have been many studies about marketing activities using SNSs [1, 2]. In particular, targeting ads that are based on a user’s action history (e.g. access logs and share-post) have been the main research concern [3]. But, there are a few studies focused on tendencies of consumer communities on SNSs. We think it is effective to present necessary information for users by using the tendencies of consumer communities.

In this paper, we focus on “Fashion Brand A,” where A is an anonymous brand name as a case study. Additionally, we focus on “Instagram” which is a photograph-sharing SNS, because users often watch and upload photos and videos of products (e.g. clothes, shoes, etc.) as well as their coordinated outfits.

2 Purposes of This Study

3 Analysis of “Fashion Brand A”

3.1 Community Structure of a “Fashion Brand A”

3.2 Advertising Methods in “Fashion Brand A”

Next, we clarified the advertising methods of “Fashion Brand A”. By the interview, we identified 4 main sources of advertisement; Mass media, Fashion events, SNSs, and Customer service in the shop.

In “Mass media”, the product is advertised in fashion magazines or portal sites. As a result, the product is visible to a larger audience, not just consumer community of “Fashion Brand A”. In “Fashion events”, the “Fashion Brand A” holds a pre-sale event to promote and advertise products. The exclusive brand models wear the products on the runway for display. Only loyal customers are invited to these events. Many of the participants upload photos and videos of these events on SNSs. In this way the people who were not invited or could not attend the event can see the products. In “SNSs”, the staffs of “Fashion Brand A” posts photographs of coordinated outfits every 2–3 days. From the photographs posted by the staff, the consumers can see new products and trends. The consumers can go to the shops to see the new products, and talk to the staff about coordinating outfits and new trends. Additionally, the consumers can take photographs together with the staff and can share them on SNSs. Therefore, in the next section, we clarify the correspondence relationship between the actual community and the community which is formed on Instagram.

4 Analysis of the Network of Consumer Community on SNSs

In this section, we analyze the network of consumer community on SNSs.

At first, we collect 4015 posts containing “Brand A” tags (2015/11/3 to 2015/12/25) from Instagram. The data collected consists of; Content of the post, Attributes of the user who made the post, Attributes of said user’s follow-follower relationship. We also collect 2,301,974 follow-follower relationships from these posts. The details of the collected information are shown in Table 1.

Overview of the acquired follow-follower relationship information from posts on instagram.

Next, we performed network analysis on Keyusers and the follow-follower relations. We visualized the network using the “Fruchterman Reingold model” [4]. In this model, Keyusers with similar attributes are visualized closer to each other. During visualization, we surveyed the degree of the nodes and assigned colors based on the degrees.
The maximum degree was 190, and the minimum was 2. The results are shown in the Table 2 and Fig. 2.
Table 2.

Overview of the network indicators

From the Table 2, density is very low and the network is sparse. From the network graph, we learned that there is a large community which is formed by users who had high degree (red user) in red circle. We extracted members at the center of this large community; we got feedback from the shop staff about these users. From a result, the presence of loyal customers in the community was confirmed. On the other hand, on the whole, users who have low degree (blue user) were not connected to a large community. For that reason the network was sparse as a whole.

A few users who had high degree were displayed in remote location from large communities (blue circle). These users were connected with blue users who did not belong to large community. Therefore, these users are thought to be in the role of a bridge (network hub) in the network.

Through the results, we think there is a community which is formed by a loyalist sub-community of “Fashion Brand A” on Instagram. The sub-community’s central gathering exists in the overall community.

In this paper we reported the results of network analysis, targeting on “Fashion Brand A”. From the results of network analysis using the follow-follower relationships, there was a community which was formed of users who had high degree. Moreover, as a result of analysis of user behavior, the presence of loyal customers in the community was confirmed.

In our future works, we will analyze the contents (tags, replies, location…) of the posts on Instagram. Moreover, we will propose the visualization methods using the attribute information of the users.

We would like to thank Rooter Inc. for research funding and providing the data for this study.