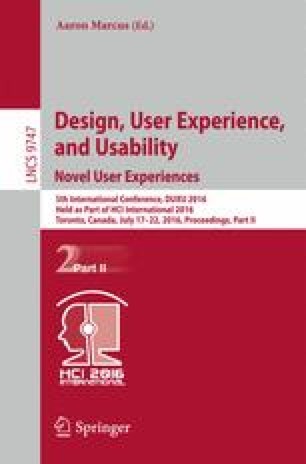 In recent years, there is a transformation in reading habits from print to screen arising from the advent in digital reading devices (Banerjee et al. 2011; Mangen et al. 2013). The change in individuals’ reading behavior in digital platforms and why people have difficulties during reading from screen took attention of the researchers (Dyson and Haselgrove 2000; Dyson 2004; Rose 2011; Jeong 2012). As Liu (2005) explained, reading from screen is not a single process, even people starts reading from screen the process usually includes spending time on activities like browsing, scanning and spotting (Liu 2005). Horton et al. (1996) also pointed out that skimming is more frequent while reading from screen than in-depth reading.

In the literature, many studies have been conducted to understand on why people read slower from screen than from a paper (Jorna and Snyder 1991; Gould et al. 1987). The reasons found for reading faster on paper were; poor image quality displayed on the screen (Gould et al. 1987; Dillon et al. 1988), font type as serif and sans serif (Beymer et al. 2008; Bernard et al. 2001; Mackeben 1999; Tullis et al. 1995), and size which have an influence on readability and legibility of the text (Franken et al. 2015). (Gould et al. 1987) found that with the improvements of the screen resolution, proofreading performance are not differed on paper and screen when the same font used. Although proofreading and reading processes are differed from each other, proofreading studies contribute the reading studies as well (Schotter et al. 2012). Schotter et al. (2012) expressed that proofreading may differ from reading process in terms of the similarity of the nature of the visual search tasks. The proofreading process also differed from reading that during proofreading tasks people tend to skim instead of trying to understand the text. Exploring the reading and other information processing tests by using eye behavior are well researched issues among researchers (Clifton et al. 2007; Rayner 1998; Rayner and Morris 1992; Just and Carpenter 1980). In order to understand reading process and legibility of a block of text, researchers focus on eye movements (Franken et al. 2015; Rello and Marcos 2012; Beymer et al. 2008; Rayner and Pollatsek 1989). Moreover, eye tracker-based method might provide more reliable results for a very precise measurement of reading speed (Franken et al. 2015).

Even the developments in screen resolutions and various research on how reading process occurred, investigating readability of texts and reading process still taking attention of the researchers. Font size and type are the other mostly focused variable for investigating readability in reading process, different findings were found for the preferred font size and type. Bernard et al. (2002a) found that in terms of reading efficiency there was no significant difference between font typeface in different size but in terms of the relation between font type and size there was a difference when considered the font legibility. They explained that people read faster in 12 point size than 10 point size fonts during online reading (Bernard et al. 2002b). According to Banerjee et al. (2011) legibility of the serif fonts (Times New Roman, Georgia and Courier New) is better compared to the sans serif fonts (Arial, Verdana and Tahoma). Moret-Tatay and Perea (2011) mentioned the advantage of texts in sans serif fonts compared to serif fonts during reading. They also mentioned about choosing sans serif typeface while preparing texts in computers screen. On the other hand, Tullis et al. (1995) found no difference between the serif and sans serif fonts considering reading speed in a proofreading task. Interestingly, in the study, the participants preferred sans serif fonts over serif fonts. Similarly, Boyarski et al. (1998) reported that reading speed of sans serif (Verdana) and serif (Georgia and Time New Romans) fonts did not differ for comprehension. Moreover, Bernard and Mills (2000) couldn’t find any difference between sans serif (Arial) and serif (Times new roman) fonts regarding reading speed and detection of word errors. In general, serif fonts performed better than sans serif fonts (Banerjee et al. 2011; Beymer et al. 2008; Bernard et al., 2001), not statistically significant however. Most people seem to prefer the sans serif fonts of Arial and Verdana rather than serif fonts (Banerjee et al. 2011; Beymer et al. 2008; Bernard et al. 2002b). However, these preferences as different font size and types may subject to the different age groups and needs (Darroch et al. 2005; Bernard et al. 2002b; Kawasaki et al. 2008; Tullis et al. 1995).

Despite the developments in the screen resolution and attempts on making the screens more readable, making the screens more preferable than printed versions is yet not a solved issue for researchers and designers. Since, nonetheless, there was not a definite assent regarding using serif or sans serif in electronic environments, improving the reading performance still is a concern for designers. In this regard, the purpose of this study is to investigate speed and accuracy of participants while proofreading texts written in serif and sans serif with misspelled words on computer screen. Participants’ eye behavior patterns during reading the misspelled text were compared in serif and sans serif typefaces during the proofreading process and task completion period and accuracy of the participants were compared. The research questions of the study as follows:

A case study design was used to explore how participants’ eye behavior differed according to the serif and sans serif typeface during proofreading task. 10 graduate students (4 female and 6 male) from Computer Education and Instructional Technology department participated to the experiment voluntarily. The participants’ age was ranging from 21 to 43 (M = 27.5). Each participant proofread two six-page articles written in Serif and Sans Serif typeface for finding the misspelled words from screen. Researchers informed the participants about the ethical issues by a consent form including information regarding the process. In addition, all participants were informed about they are free to end the session whenever they feel uncomfortable or disrupted. Before starting the data collection, pilot study which consists of two pages text with misspelled words was conducted before the experiment to enable participants familiar with the apparatus and the experiment.

During the experiment, each participant proofread two six-page articles taken from a novel for finding the misspelled words while reading from an LCD screen. The articles selected from the novel include 1548 to 1694 words. While determining the articles, it was our concern to find articles including no digital number or symbols. Each participant proofread one article in Serif typeface (Times New Roman) and one article in Sans Serif (Arial) typeface. Each article has about 24 lines for both font styles, 12-point version, and double space line spacing option was used. The proofreading sessions were recorded and each session took approximately 15 min. The main task in this study was to proofread the pre-determined misspelled words in the text to compare the speed and accuracy of the participants. Participants were informed that there were one to ten misspelled words in the texts and they would be evaluated by their accuracy and speed during the proofreading. In the experiment, four types of misspellings were used in each article; letter omissions, letter substitutions, letter transpositions and letter additions. Eye movements were measured by using Tobii 1750 eye tracker device in a laboratory setting, which has voice and video recording equipment. The data analyzed by Tobii Studio 3.2.1 software. The reading distance was set to 60 cm by the researchers for providing the best eye movement catching ability to the eye tracker device. Participants were informed about keeping the distance from screen as much as possible to prevent the eye behavior lost. Before the experiments each participant’s eye movements were calibrated. For each experiment instead of scrolling, participants were asked to press any button for continuing the next page to keep the similarity as much as possible. During the experiment, the participants were asked to tell the misspelled word aloud to the researcher. There was no time limitation in the experiment and were tracked by using a stopwatch and recorded by the cameras settled in the laboratory setting (Fig. 1).

Demographics of the participants

Accuracy (% hits) and fixation counts on the misspelled words AOI for serif and sans serif typeface.

In this study, reading electronic text in serif and sans serif typefaces were compared In general it was found that participants read from sans serif typeface faster and more accurate than serif typeface. According to findings, there was no difference in participants’ fixation duration in serif and sans serif typeface while proofreading task. This might be a result of the limited number of participants, which could not provide a significance among these two typefaces. Even though the total fixation durations on the whole texts were not differed, the fixation duration values for misspelled words and fixation counts on misspelled word AOI and in the whole document differed. The longer fixation durations might be related with having trouble or difficulty in eliciting information (Just and Carpenter 1980). Accordingly, the difference in total fixation duration also might be an indicator for revealing the cognitive process (Salvucci 2001). On the other hand, the total visit durations and fixation count numbers of the participants differed in serif and sans serif typefaces. The increase in fixation count number is considered as an interest to a specific area or cognitive processing (Holmqvist et al. 2011; Doherty et al. 2009). Accordingly, the total visit duration during the proofreading was higher in serif typeface than sans serif typeface. This might be a result of the struggle in the serif typeface while recognizing the misspelled words. Of course this single study cannot prove that one typeface is definitely better than other. However, the findings show some similarities with the previous recent studies (Tullis et al. 1995; Boyarski et al. 1998). So, practitioners may use those user performance scores to make decisions on their typeface selections for electronic text. The major limitation in eye-tracking research is the limited number of participants and lack of demographic diversity. This study may be replicated with a larger number of participants from various demographic diversity and reading experiences to compare the reading patterns through electronic environments. Additionally, different parameters like reading from different media can be another future study to explore how people read from environments like mobile phone and tablets.