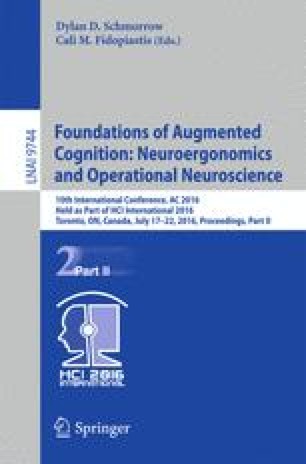 Research provides ample evidence of the impact web page design has on comprehension; and that Generation Y users are impatient and dislike reading text. Yet there has been little research that focuses on content, in particular to examine the impact of text simplification on younger users’ processing of textual information. To address this need, we report the initial steps of a larger research effort that focuses on developing a set of guidelines for designing simple and effective text passages. Specifically, we compiled a set of existing plain language rules and tested its effectiveness of conveying information to Generation Y users. The results suggest the compiled set of rules can serve as an appropriate tool for designing textual passages to reduce cognitive effort and improve readability of textual content for Generation Y users. Also, the results show that eye tracking serves as an excellent objective measurement for examining the effectiveness of text simplification.

According to a recent PEW report, 87 % of adults (18 +) and 95 % of teens (12 to 17) in the United States (U.S.) are Internet users [9, 10]. An overwhelming majority of U.S. users (90 %) report that Internet technologies have served as useful tools in their personal lives. Another notable majority (76 %) think the Internet is beneficial for society [6]. Because the Internet has become an essential source of information for the majority of people in the U.S., effective communication of that information is of great importance.

Many organizations pay close attention to how effectively they communicate information to their users through their websites [3, 4]. A significant recommendation is that web pages communicate information to users easily and quickly [7]. To address this issue, a great number of investigators have examined the impact of visual arrangements on the successful communication of information on webpages [5]. Despite that important information is often conveyed in textual format, eye-tracking studies show viewers often pay little attention to text [4, 5]. For example, users read only about 20 % of text that is provided on a webpage [8]. These findings may suggest that simplifying text on websites is likely to improve the effectiveness of communication. However, little work has been done to provide a set of guidelines that (1) can significantly increase comprehension; and (2) can be tested for effectiveness with user subjective and objective reactions. We address this gap by testing the effectiveness of a comprehensive set of rules we compiled from various sources of plain language standards. We used eye tracking to capture user fixation during reading. Because fixation serves as a reliable measure of cognitive effort [4], eye tracking is a particularly useful tool to capture effort objectively and unobtrusively. We focus on Generation Y users only because research suggests this group of users particularly dislike reading text [4]. Hence, this generation is likely to benefit from this research.

Plain language refers to clear writing that can be understood the first time it is read. In an effort to improve the public’s understanding of the work U.S. federal agencies perform on the public’s behalf, all were mandated to use plain language as of 2010 [11]. Such simplification is intended to improve access for the public, and is likely to improve engagement. For example, comprehensibility tends to be a universal characteristic of popular blogs, books, and novels [12]. Thus, a complete set of rules to compose simplified text could serve as an important tool for designing successful websites. To address this, we conducted a systematic search for plain language guidelines from various published sources. We consolidated the guidelines, including removing duplicates, to develop a comprehensive set for designing simple text (Table 1).
Table 1.

While text simplification can improve accessibility of information for people with limitations in cognition and/or literacy, we argue that in today’s digital world, text simplification will benefit all, not just those with such limitations. Simple text enables users to easily and quickly gather information. This is likely to be particularly important for Generation Y users, who tend to avoid reading textual information, find it boring to read long blocks of text, and prefer image based communication [4, 5]. In order to test the effects of simplified text on Generation Y users, we targeted college students and conducted two studies, which are described in the following section.

The objective of this initial study was to gather information about subjective user reactions to an initial set of simplified text. User reactions were captured via a short survey and interview questions. We used the plain language rules to simplify two text passages (A or B) from two websites in the entertainment, movies, and games industries. These passages are displayed in Fig. 1. We asked 58 students from various disciplines in a university in the Northeast to read the two versions of each text passage, which were presented to them in random order displayed on web pages. We asked participants, after reading each passage, to evaluate (5-point rating scale: 1 = very hard, 5 = very easy) the readability of the text passage they just read. As displayed in Fig. 2 below, the simplified versions of the two text passages were perceived as very easy or “sort of” (somewhat) easy to read by the majority of the participants (91 % and 82 % for the movie and the game text passages respectively). The percentages of perceived very easy or somewhat easy ratings were much lower for the original versions of the two text passages (69 % and 59 % respectively).
The results of a t-tests, as displayed in Table 2, showed that text, simplified with plain language rules for both versions, were reported significantly (p = 0.004 and p = 0.000) easier to read than the original text.
Table 2.

Participants’ comments, collected in a brief interview after the participants completed rating the text passages, supported the above survey analysis. They indicated participants preferred reading simplified text. The comments describing reactions to the simplified text included statements such as “details are there and understandable,” “extremely basic description,” “quick and to the point,” “shorter sentences,” “not wordy,” “no fluff,” and “can easily skim and still understand the information”. The comments describing reactions to the original text included statements such as “takes more time to read and understand,” “easy to lose track,” “zoned out while reading it,” “very dense, many will glance over it,” “not quick or to the point,” and “used unnecessary words”.

These results suggest the rules in Table 1 may serve as an appropriate tool for developing easy to read text passages for Generation Y users.

To examine the impact of plain language rules (Table 1) on effective communication, we conducted a laboratory eye tracking study to objectively measure effort, comprehension, and performance. Effort plays an important role in how people use information systems [1]. Thus, the degree to which people are willing to expend effort when reading text is likely to affect comprehension of the available information.

We recruited 18 participants from the same pool as that of the first study. We focused on websites that provided information about health and wellness. We selected two health-related text passages from two blog posts (Fig. 3). These two text passages were longer than the text passages used in Study 1. One provides information about the importance of a healthy breakfast in maintaining healthy weight. The other provides tips for taking action against indoor and outdoor allergies. We created simplified versions of each using the same procedure described for Study 1. To prevent a possible comprehension-bias effect that could have occurred had participants read original text passages followed by simplified versions of them, we presented only one version (Original or Simplified) of each passage to each participant.

We showed four pages to each participant. Page 1 displayed a text passage. We asked participants to read it, then to navigate to a second page, by invoking a “next” button, once they were finished reading.

Fixations, or relatively steady gazes that are at least 60 ms long, are reliable indicators of cognitive processing when reading text passages [3]. We thus used gaze analysis to measure cognitive effort. We used the Tobii × 300 eye tracker to capture participants’ eye movements unobtrusively. Before starting the task, each participant went through a brief calibration procedure, which enabled us to collect the participant’s eye movements. We used the accuracy of the answers to gauge performance.

The objective of this study was to examine the impact of text simplification on effective communication. To do so, we compiled a comprehensive set of rules obtained from existing sources that define plain language standards. We used the compiled data set to simplify a set of text passages from actual websites.

In the second study, we tested objective reactions to another set of passages that were slightly longer in length. The eye movement data suggested that participants processed simple text passages more efficiently. The performance data showed that, on average, people answered more questions correctly when reading simplified text. Hence, the performance data suggested that simplified passages were easier to understand. Together, these results suggested that text simplification improves the effectiveness of information communicated to Generation Y users.

The results of this study also suggest that our compiled set of standards provided an appropriate initial set of guidelines for constructing simplified text that can improve reading comprehension and performance.

The results of this study have important theoretical and practical implications. Given the importance of cognitive effort in effective usage of computerized information tools [1], the results provide a theoretical direction for further development of text simplification guidelines. Because the results show that Generation Y users prefer simplified text, they also provide insight for HCI research that focuses on younger users. Generation Y’s eye movement data generally reveal an “impatient” pattern of viewing [2, 4, 5]. This may be because younger users dislike reading text [4, 5]. Thus having guidelines for simplifying text is of great importance in designing effective communication for Generation Y users. From a practical point of view, the results provide guidelines that can be used to design websites with effective communication in mind. Given today’s crowded web environment, providing effective communication could serve as invaluable strategy to drive behavior and improve market share.

As with any study, the results of our study are limited to the task and to the study setting. The sample size is yet another limiting factor in our study. Future studies with larger sample sizes and different tasks are needed to verify our results and to extend their generalizability.

The objective of this study was to compile a set of standards for simplifying textual information, and to test its effectiveness on communicating textual information with Generation Y users. Testing the original passages and the simplified passages together allowed for a direct comparison regarding the effectiveness of the compiled set of standards. The results show that the compiled set of rules in our study has the potential to effectively reduce users’ cognitive effort and thus improve their performance when reading text. The results also show that eye tracking serves as an excellent tool for this line of research because it can capture effort objectively, continuously, and unobtrusively. The results have important theoretical implications for HCI researchers who study the impact of cognitive effort on comprehension and performance. The results have also important implication for designers who focus on Generation Y users.