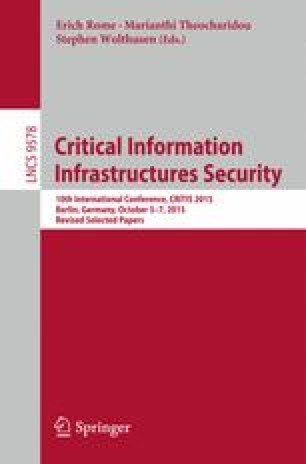 The Council Directive 2008/114/EC represents a cornerstone for a common European strategy for the protection of Critical Infrastructures. Article 6 comma 2 of the Directive deals with the designation of a Security Liaison Officer for each European Critical Infrastructure. Although his designation is mandatorily stated by the Directive, his role and duties in the organization are not clearly defined. To overcome this lack of standardization across Europe, the present study aims to define and analyze the current scenario of Critical Infrastructure security, and gather opinions regarding the aspiring evolution of the regulatory framework, in order to create a “European vision” of the SLO in terms of background, competences and role.

This work was partially supported by the European Commission, Directorate-General Home Affairs within the Specific Programme on “Prevention, Preparedness and Consequence Management of Terrorism and other Security-related risks” under Grant HOME/2012/CIPS/AG/4000003747 “SLO – Security Liaison Officer”.