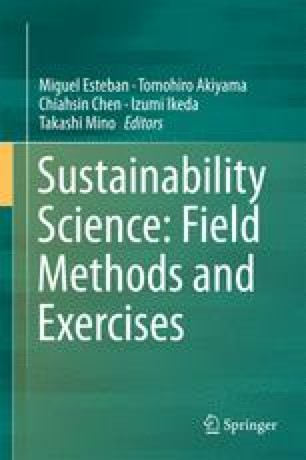 Drawing Lessons from the Minamata Incident for the General Public: Exercise on Resilience, Minamata Unit AY2014

This chapter introduces the Minamata Unit, a GPSS-GLI Exercise on Resilience conducted around Minamata City, Kumamoto Prefecture, in Japan. The disruption caused by Minamata mercury pollution persists even 60 years after the incidents. Such a long history of development can provide invaluable insights into the study of the impact of industrial pollution to a society, which includes the significance of identifying new pollutants, the intricate social tension between victims and local community, and the urge to heal the strained bonds. Drawing lessons from the Minamata incident can prevent and mitigate similar incidents in developing countries, where environmental regulation is typically less stringent than in developed countries. In the present chapter, the authors describe the outcomes of a week-long field exercise in Minamata, designed for students of sustainability science. The aims of the unit were for participants to understand the complexities of the Minamata incident, not only the causal relationship between the pollutant and its impact on human health, but also the impacts the disease had on the society. Also, it attempted to examine the responsibility of scientists and the government, especially when certain issues regarding the case remain scientifically uncertain, by redefining the issue in the contemporary context. In order to facilitate learning by the participants of the unit presented in this chapter and students of future units, the exercise organisers requested the production of educational materials as the final output. Students were divided into three working groups, each tasked with the development of a different type of media material, namely blog posting , video production , and game development. The prearranged field activities included stakeholder interviews, site visits, and an intensive group work. Overall, the student groups completed the production of the tangible outputs, though their effectiveness in reaching the target audience and helping future sustainability science students require further analysis.

The authors would like to express gratitude to blog post team members, Mahdi Ikhlayel and Angeli Guadalupe, for allowing the blog contents to be used in this chapter. Also, the support of Professor Hiroyuki Katayama and Dr. Jatuwat Sangsanont in organizing this unit is kindly appreciated. Finally, Mr. Yoshito Tanaka and Ms. Michi Nagano provided invaluable information and a basis for discussion from local perspectives. The authors would also would like to express special gratitude to Professor Emeritus Hajime Nishimura.