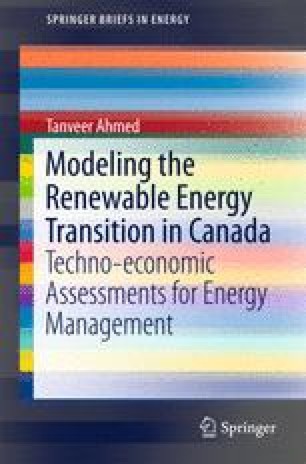 Chapter
Part of the SpringerBriefs in Energy book series (BRIEFSENERGY)

This is a key chapter of this work, in which a financial model named as techno-economic model (TEM-2025) has been simulated for new RES addition in existing conventional system. An econometric approach with the help of HOMER showed that a slight increase in electricity price for 7 years can produce sufficient funds to invest all new RES projects. A series of multiscale modeling for each year starting from 2015 till 2025 has been simulated in order to present a comparative analysis of two case study models (NEBM-2025 and TEM-2025). With this methodology, NEBM-2025 is reconceptualised into TEM-2025 by a systematic power shift assessment from conventional into RES power generation. The result shows that a target of 10% increase in RES share can be achieved within a period of 10 years.