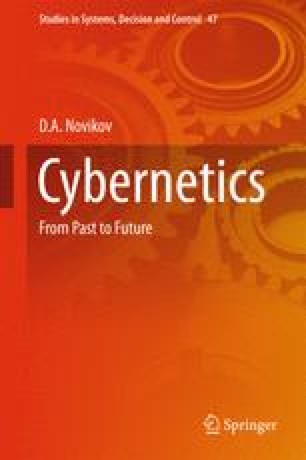 Having reached a certain level of epistemological maturity, scientists perform “reflexion” by formulating general laws in corresponding scientific fields, i.e., create metasciences [149, 152]. On the other part, any “mature” science becomes the subject of philosophical research. For instance, the philosophy of physics appeared at the junction of the 19th century and the 20th century as the result of such processes.

Control Methodology Control Philosophy Epistemological Matters Backbone Elements Control Problem Analysis
These keywords were added by machine and not by the authors. This process is experimental and the keywords may be updated as the learning algorithm improves.
This is a preview of subscription content, log in to check access.