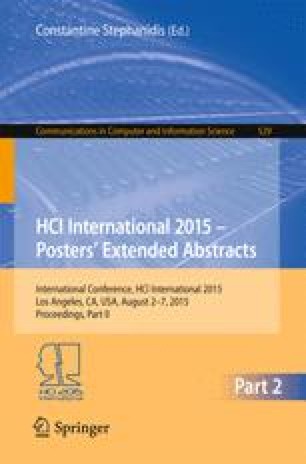 In 2002, the Help America Vote Act (HAVA) mandated that all Americans should have an equal opportunity to vote with privacy and security. However, current electric voting technologies have unsuccessfully provided barrier-free access for people with visual impairments to write in a desired candidate’s name without assistance. The present work describes a new e-voting technology where voters independently use a mouse to interact with a virtual audio keyboard that provides the ability to type, check, and modify a write-in candidate choice. The goal of this work is to create an accessible, accurate, and independent keyboard based interaction mechanism for visually impaired voters. The interface was assessed using 16 participants. Performance was measured in terms of voting speed, accuracy, and preference. The system was compared to a voting technology that uses a linear method to select letters. Results indicated that performance using the linear write-in interface was significantly better than the virtual keyboard. The results also revealed an interesting distinction between human muscle memory and spatial memory.

The United States (US) Constitution guarantees that every citizen has the right to vote for the candidate(s) of his or her choice, not excluding persons with disabilities. In October of 2002, as a response to the controversial aftermath of the 2000 presidential election, the US Congress passed the Help America Vote Act (HAVA), which is the first legal requirement that mandated equal voting access for blind and visually impaired citizens [5]. HAVA requires all states to replace punch card and lever based voting systems with advanced technology to provide independent, accurate, and secure voting access for visually impaired voters. HAVA also funds programs to improve the accessibility and quality of voting. This includes establishing at least one accessible voting system for individuals with disabilities at each polling location and educating voters and poll workers on voting procedures and ballot casting.

An ever-present challenge for visually impaired voters is overcoming the difficulty of writing in a candidate’s name within a short period of time. For example, in a telephone survey conducted in 2008 by the National Federation of the Blind (NFB) Jernigan Institution, visually impaired voters expressed challenges writing in the names of candidates because the process of choosing the letters was tedious and there was no feedback to confirm that the correct selection occurred [4].

Many electronic voting systems have been created that include write-in features for voters with visual impairments. For example, Vote-Trakker was developed to afford a portable touch screen display with a QWERTY computer keyboard for blind and visually impaired voters to type in their desired candidates’ names. However, the noncomputer users who are unfamiliar with the QWERTY keyboard and the synthetic computer voice could develop a fear of the keyboard interface and not be able to use the write-in feature of Vote-Trakker [2].

To provide independent voting for people with visual impairments, regardless of their computer familiarity, AutoMARK voter assist terminal (VAT) is designed as an optical scan ballot marker, which contains a touch screen on a base that has a keypad that is marked by Braille on the right side of the screen. The keypad has a square select button surrounded by four arrow buttons that point to different directions that represent up, down, back, and forward for easy identification [3], which allows visually impaired voters to scroll through the letters shown in alphabetical order on the screen as they are read through the headphones, and press the select button to type it. Although users can check if the name is entered correctly at any time while writing, several potential problems for write-in voting are still posed. First, AutoMARK does not have a modifying feature for users to correct their typing mistakes. Consequently, users have to restart the entire typing process if they make a mistake. Second, AutoMARK does not provide feedback to indicate successful typing, so users have no way to verify if the letter they are typing is what they want as they press the select button. Third, AutoMARK does not allow direct access to each letter. Users have to linearly search through the letters alphabetically before selecting their desired letter, which is extremely time consuming. Lastly, the AutoMark keypad is on the right side of the screen, which forces left-handed voters to use their right hand in an unnatural way or use their left hand in an unnatural position.

To assess those challenges faced by visually impaired voters while writing in candidates, the present work investigates the impacts of using different write-in interfaces on time, accuracy, and preference. The system designed for this study resembles a standard QWERTY keyboard, which allows the listener to directly access each letter by operating the interface using either left or right hand rather than manually scrolling through each letter in the alphabet. The present work also assesses performance when using a familiar, alphabetically ordered keyboard. User performance with both virtual keyboard interfaces was compared to performance using a system in which the user input names linearly by holding down a key as the letters of the alphabet are read, and releasing the key to select the letter.

Sixteen participants (8 women and 8 men) with normal hearing who were undergraduate and graduate students participated in the study. All listeners were between the ages of eighteen and thirty. All of the participants self-reported average to excellent typing skills. The experiment required about 1.5 h of participation and was completed in one session. Participants were paid $10 per hour. Before participating, each person gave consent by reading and signing a consent form.

Experiments were conducted in an IAC soundproof booth in the university’s Psychology Department. Each participant was seated at a table in front of the iMac system/Apogee Duet audio interface with the Beyerdynamic headphones in place. The keyboard had raised regions on the left and right arrow keys, shift key, and the play button so the participants could easily locate buttons needed to complete the tasks. The system rendered the auditory stimuli using OpenAL. Standard mouse to screen cursor mapping was used.

The two virtual keyboard systems designed for the study were designed to resemble a standard and an alphabetically ordered keyboard (Fig. 1 - top left and right panels). Users were given a mouse, which was used to hover over the virtual keys as its specific letter was read audibly. To end the write-in task, the user pressed the “Enter” key and heard the word “enter” spoken. To ensure that users stayed within the bounds of the keyboard, each participant heard a bell sound if the mouse cursor moved beyond the keyboard.

A within-subjects experiment was performed using 16 blindfolded participants, which is a common practice in many studies for visually impaired interfaces. Figure 2 displays the experimental procedure, which consisted of three distinct phases. First, each participant took an audiogram to ensure that they had normal hearing. Next, each participant completed five sets of write-in voting tasks using a keyboard interface (QWERTY or alphabetical) and the linear interface, in a randomly determined order. Half of the participants began with the linear interface while the other half began using one of the virtual keyboard interfaces (QWERTY or alphabetical). Finally, the participant took a qualitative survey to assess their experience using both systems.

The results indicate that performance using the linear interface was significantly faster than using either of the two keyboard interfaces. This trend was seen in all 5 typing tasks. Figure 3 depicts the results for the task of typing a voting candidate’s first and last name. No significant difference was observed between the virtual keyboard interfaces. This finding may suggest that no matter the chosen layout, individuals with visual impairments may prefer using an egocentric navigation method rather than environment-centered navigation while finishing short distance navigation tasks, such as mouse navigation on the virtual keyboard.
Figure 4 indicates that most participants preferred using the linear write-in system as compared to the keyboard write-in systems. Many participants found it difficult to navigate the virtual keyboard and locate the desired letters using mouse control alone, which suggests a delineation between spatial and muscle memory, as many self-reported to be proficient typers. Associating this finding with the fact that procedural memory is the least likely memory to be forgotten, future studies can investigate how muscle memory helps people learn performance in low-level attention contexts.

Initially, the research team assumed an audio virtual keyboard would decrease write-in time for visually impaired voters, because of the direct access to select desired letters. This assumption was made in light of the observation that linear write-in systems require users to traverse all preceding letters before selecting their desired letter. In contrast, the results show that mouse control degrades performance for users who cannot see the screen to navigate the virtual keyboard, no matter the chosen layout. Individuals with visual impairments may prefer using an egocentric navigation method rather than environment-centered navigation to complete short distance navigation tasks, such as mouse navigation on the virtual keyboard. Although the virtual interfaces contained speech and guidance sounds, they still failed to create the necessary cues for participants to create an accurate spatial mental image of the virtual keyboard. One cause of this finding may be that lack of sight blocked those users’ perception of self-motion on the screen. Thusly, future work will explore ego-centered navigation that incorporates the perception of self-motion (ex: touchscreen).

The authors would like to thank the Distributed Research Experience for Undergraduates (DREU) for affording the opportunity for the authors to perform this research.