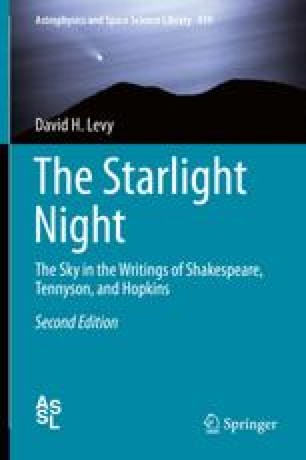 In this chapter we look at the parade of bright comets that brightened the English sky during Shakespeare’s lifetime. Some were very bright, like the Great Comet of 1577, and almost every one of Shakespeare’s many allusions to comets can be linked to a particular comet which happened to be visible at the time the play in which it appeared was written. We also examine meteors, the detritus of comets, references to which also appear frequently.

Sixteenth Century Periodic Comet Leonid Meteor Initial String North Polar Region
These keywords were added by machine and not by the authors. This process is experimental and the keywords may be updated as the learning algorithm improves.
This is a preview of subscription content, log in to check access.