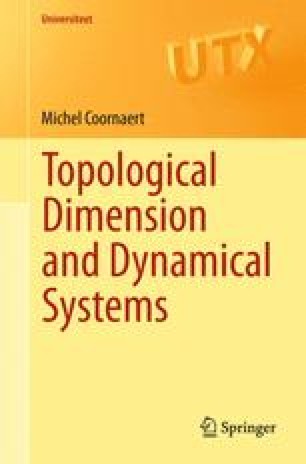 This chapter is devoted to 0-dimensional topological spaces.

Topological Space Ternary Expansion Zero-dimensional Compact Hausdorff Space Separable Metrizable Space Pairwise Disjoint Segments
These keywords were added by machine and not by the authors. This process is experimental and the keywords may be updated as the learning algorithm improves.
This is a preview of subscription content, log in to check access. 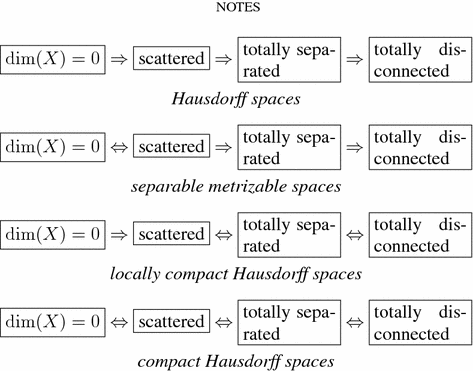 The terminology used in this chapter follows that of Bourbaki [18]. However, the terms “scattered”, “totally disconnected”, and “totally separated” have sometimes different meanings in the literature. For example, spaces that are called “scattered” in the present book are called “zero-dimensional” in [102], while a “scattered” space in [102] is a topological space in which every non-empty subset admits an isolated point.
Table 2.1

The Cantor ternary set was described by Cantor in [21, note 11 p. 46]. It can be shown that every totally disconnected compact metrizable space that is perfect is homeomorphic to the Cantor set (see for example [48, Corollary 2–98]).