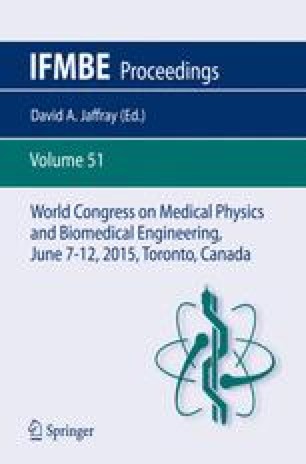 Suitability of Diodes for Point Dose Measurements in IMRT/VMAT Beams

This study investigated a potential source of inaccuracy for diode measurements in modulated beams; the effect of diode housing asymmetry on measurement results. The possible effects of diode housing asymmetry on the measurement of steep dose gradients were evaluated by measuring 5x5 cm2 beam profiles, with three cylindrical diodes and two commonly used ionization chambers, with each dosimeter positioned in a 3D scanning water tank with its stem perpendicular to the beam axis (horizontal) and parallel to the direction of scanning. The resulting profiles were used to compare the penumbrae measured with the diode stem pointing into (equivalent to a “stem-first” setup) and out of the field (equivalent to a “stem-last” setup) in order to evaluate the effects of dosimeter alignment and thereby identify the effects of dosimeter asymmetry. The stem-first and stem-last orientations resulted in differences of up to 0.2 mm in the measured 20-80% penumbra widths and differences of up to 0.4 mm in the offaxis position of the 90% isodose. These differences, which are smaller than previously reported for older model dosimeters, were apparent in the profile results for both diodes and smallvolume ionization chambers. As an extension to this study, the practical use of all five dosimeters was exemplified by measuring point doses in IMRT test beams. These measurements showed good agreement (within 2%) between the diodes and the small volume ionization chamber, with all of these dosimeters being able to identify a region 3% under-dosage which was not identified by a larger volume (6 mm diameter) ionization chamber. The results of this work should help to remove some of the barriers to the use of diodes for modulated radiotherapy dosimetry in the future.