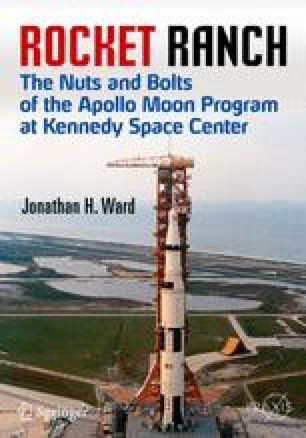 The Gemini program was in full swing when Apollo/Saturn test flights got underway at Cape Canaveral. After ten successful launches of the unmanned Saturn I launch vehicle in the preceding years, NASA followed with three unmanned launches of the new Saturn IB rocket in 1966. Launch Complex 39 was being activated for the first launch of the Saturn V rocket, America’s ride to the moon. Pressure built to get the Apollo program off the ground. NASA prepared for the first manned flight of the Apollo command/service module. Its flight crew dubbed it Apollo 1.

Launch Vehicle Test Flight Fire Extinguisher Test Team Reaction Control System
These keywords were added by machine and not by the authors. This process is experimental and the keywords may be updated as the learning algorithm improves.
This is a preview of subscription content, log in to check access.