The Transitions of Aging 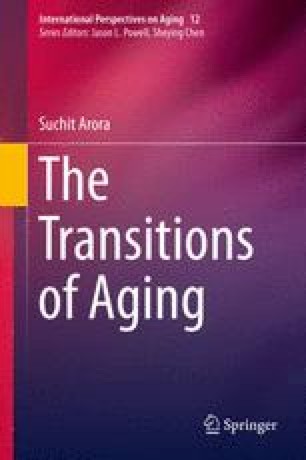 Resolving the Paradox of Aging

The parameters of the cohort-profiles are able to closely simulate the period-profiles, and the associated aggregate rates of non-communicable diseases. The mix of cohorts, by shaping the period-profiles, then shapes the aggregate rate’s long-term direction. In the second half of the nineteenth century, the aggregate had climbed as the Malthusian cohorts, whose profiles had shifted up for the worse, were the main contributors. Since the early twentieth century, the long-term rate trended down as the transition stage cohorts increasingly dominated the cohort mix. The downward shifts seem the only way to reconcile why the rates of non-communicable diseases have shrunk as the population was aging more than ever before. The link between cohort- and period-profiles suggests that children’s development in the past can echo in the period-profiles and the resulting period-life expectancies.