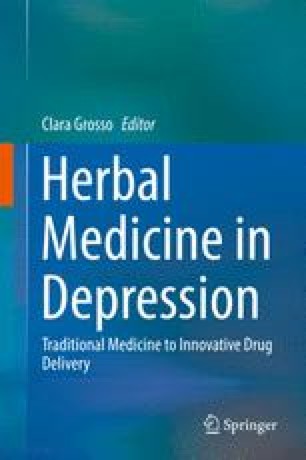 The knowledge of medicinal plants is ancient and has transcended generations through tradition. It is considered that our ancestors obtained knowledge of these species after serving distinguish between eating and those who had any effect on the body, so from this they began to differentiate and select; thus, we have inherited an extensive knowledge of the use of plants to several diseases, including the nervous system. During the 1960s, research concerning medicinal plants that affect the central nervous system was particularly focused on remedies used by several different cultures. For example, Albert Hoffman discovered that ergot alkaloids are derivatives of lysergic acid, and the first total synthesis of ergotamine was performed in his laboratory in 1961. In 1975, the Mexican Institute for the Study of Medicinal Plants (IMEPLAM) was created. This institute was founded for the multidisciplinary study of the plants most widely utilized in Mexico to treat common illnesses. During the existence of IMEPLAM (1975–1980), numerous publications were produced, thus establishing the Institute as an icon in the research of medicinal plants in Latin America.

At the end of the twentieth century, a second stage of studies on medicinal plants and their therapeutic potential ushered in a new era of neurophytopharmaceuticals. Currently, new mechanism actions are being proposed to explain the pharmacological effects of these plant extracts on mental activity and cerebral functions. For example, Ginkgo biloba, Hypericum perforatum, Sabal serrulata, and Crataegus oxyacantha have been the subject of many research investigations in the past decade. The active chemicals in these plants belong to new and different groups of compounds (i.e., flavonoids and lactones that do not have psychedelic origins). In this chapter, we describe the traditional and commercial uses of some medicinal plants representative of Latin America based on animal models and some clinical studies.