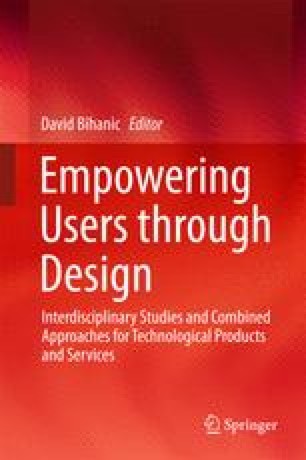 Self-organizing and collaborative activities are increasingly considered as promising alternatives for accessing goods and services responding to ecological and economic challenges, especially since 2008 economic crisis. In line with such currents that give serious appreciation for self-organizing practices, some design theorists have been exploring the role of designers in the emergent context, where people are self-directed actors who organize themselves around their daily needs and problems (Burns et al. 2006; Manzini and DIS 2005; Stephens et al. 2008). However, when designers meet the design intent of improving or developing self-organizing services, they can face interesting limits and even bewilderment. Some design principles, like the use of service and positive user experiences, are understood in a different way in this context, some of which has to do with its non-commercial view of service, some of which with its distinctive culture values. The agency of users here cannot find its place in traditional model that conceptualizes people as users rather than contributors. Important hypotheses of design intent, like development or promotion towards a larger audience, meet resistance from the people. In our chapter, we illuminate these gaps by drawing on a study of a community-based bicycle workshop in Helsinki, sustained by a group of bicycle enthusiasts who voluntarily help people with repair work. Different from conventional bicycle business, visitors need to repair their bicycles by themselves rather than relying on other people or paying for service. Regarding the agency of service users of this workshop, we investigate the situated knowledge and skills that are required for the completion of the repair work and being comfortable in the workshop experientially and culturally. We intend to make the culturally specific norms accountable and to reveal the unspoken rules that govern the behaviours and experiences in the workshop, with the comparison to ones in business context. By doing this, we aim to reveal the different notion concerning aesthetics of experience, agency of users, consistency and standardization of services, and articulation of values in the context of a ‘progressive’ community. By illustrating its subcultural and self-organizing nature of the community, we suggest designers shall respect their subjective of sustaining subcultural identity within their own norms and rules in the niche. Hence, we further argue that designers shall spread the service model by communicating it to others with a sharing and learning attitude instead of improving the existing structure through vertical integration or scaling up.

Social Capital Spare Part Design Intent Large Audience Repair Work
These keywords were added by machine and not by the authors. This process is experimental and the keywords may be updated as the learning algorithm improves.
This is a preview of subscription content, log in to check access.