The Dynamics of Transculturality 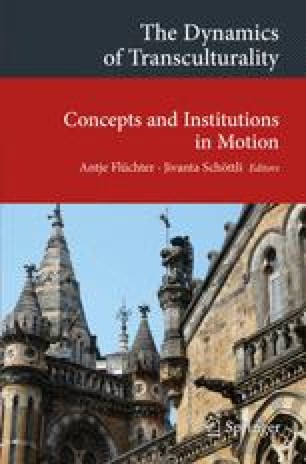 The Dynamics of Transculturality pp 99-111 | Cite as

A Forgotten Landscape of the Forms of Government: The Case for the Counterfactual History of Political Theory

Since notions like ‘freedom,’ ‘autonomy,’ or ‘public’ have emerged from European history as the linchpins of the normative theories of politics that claim universal validity, other complex moral and political discourses, like those of pre-modern China or Japan, which historically held equally universal normative appeal, have been scanned for the seeds of concepts, like ‘civil society’ or ‘free market,’ for which they lacked a vocabulary. In order to address this bias inherent in the very tools of our analysis, we might––as a counterfactual exercise––choose to bracket off the contingent fact of the geopolitical imbalance of power that historically caused the process of conceptual translation to go one way rather than the other, and attempt to deploy the normative vocabularies originating in East Asia to see how that could affect the description and valuation of forms of government.

In this effort, we can draw not least on some nineteenth-century Japanese and Chinese authors who enlisted preexisting ‘indigenous’ concepts to account for the new realities generated by an intensified engagement with the West. This allows us to glimpse an unfamiliar political landscape structured by different conceptual optics. Using as an example the actual historical deployments of the conceptual pair fengjian/junxian (J: hōken/gunken) this case study proposes one such alternative snapshot. The purpose of this exercise is not to offer a challenge to liberal democracy in the name of ‘Asian values,’ but to challenge insufficient methodologies and a lack of conceptual imagination in the intellectual history of politics and possibly in political theory generally.

Civil Society Political Theory Conceptual Pair Western Power Political Experience
These keywords were added by machine and not by the authors. This process is experimental and the keywords may be updated as the learning algorithm improves.
This is a preview of subscription content, log in to check access.

Cite this chapter as:
Mervart D. (2015) A Forgotten Landscape of the Forms of Government: The Case for the Counterfactual History of Political Theory. In: Flüchter A., Schöttli J. (eds) The Dynamics of Transculturality. Transcultural Research – Heidelberg Studies on Asia and Europe in a Global Context. Springer, Cham. https://doi.org/10.1007/978-3-319-09740-4_5